New survey shows what scares people the most in 2017

Turns out, when it comes to fear, people are more rational than you'd think.

Researchers at the Chapman University put together a Fear Survey, which kicked off in 2014, to see what people were most afraid of, and how those fears changed year-on-year. 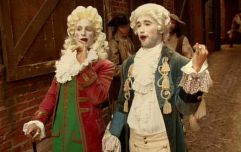 END_OF_DOCUMENT_TOKEN_TO_BE_REPLACED

The results of the 2017 survey are taken from a random sample of 1,207 adults from across the United States who were asked their level of fear about eighty different fears across a huge variety of topics ranging from crime, the government, the environment, disasters, personal anxieties, technology and many others.

In terms of "obvious" answers, the first general fear on the list is Heights, which comes in at 34th place.

Even 2017's fear du jour, Clowns, doesn't rock up until 76th, just one spot below Your Significant Other Cheating On You.

Which will give you a good indication of what the ten actual scariest things are for people in 2017:

And it turns out that, in general, people are just getting more and more afraid of things. 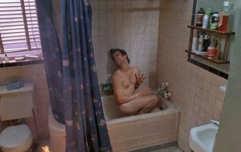 END_OF_DOCUMENT_TOKEN_TO_BE_REPLACED

From 2014 to 2016, most of the people surveyed admitted to just one item that they were "afraid or very afraid" of. In 2017, that number jumped to five for the majority of those surveyed.

Additionally, the fear of Corrupt Government Officials has remained the biggest scary thing in the world for the last two years.

popular
Teen brothers arrested for 'beating stepdad to death after he abused their half sister'
Johnny Knoxville left with brain damage after bull stunt in Jackass Forever
The Beast opens up about mental health after storming off The Chase
Moment thug kidnaps teenage ex in horrifying ordeal that left her unable to walk or talk
Chelsea have £3million bid for their own player rejected
Sex expert reveals how men can last longer in bed
Kieran Trippier pinpoints Daniel Levy's biggest mistake in the transfer market
You may also like
News
Scouse officially voted the UK's least sexy accent
News
Brits want William as King not Charles, study reveals
News
Only four per cent of Brits think Brexit has gone ‘very well’
Food
Sliced processed cheese voted the UK's favourite cheese
News
BMW drivers voted the worst drivers on the road
Next Page