Is she out of order?

An aunt who paid for her nephew's lottery ticket is demanding that she be given the five figures he won from the ticket she bought him as a birthday present. 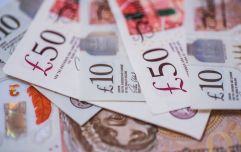 END_OF_DOCUMENT_TOKEN_TO_BE_REPLACED

The aunt took to Reddit - because Reddit is apparently the moral compass of the internet - to ask whether she is out of order. Posting to the 'Am I The A****** forum', she explained her motivations.

"I have had a really rough year, laid off from my job and I'm out of unemployment options," she wrote.

"I do own my house and managed to scrape buy to pay my property taxes and insurance with odd jobs but I am eating ramen just about every meal.

"I love my nephew and can't get by on the thought that I wouldn't be able to get him a birthday present (Nov 3rd)." 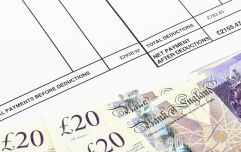 END_OF_DOCUMENT_TOKEN_TO_BE_REPLACED

She continues to explain that she scraped together the money for some lottery tickets, of which two of them won.

"One was for about $50 which was cool enough but the second one was actually into the middle 5 figures.

"I mean life-changing money (I can't say exactly how much because in our state lottery winners are all public record)."

She then explained that their family is fairly well off, his college is completely paid for and he has everything he could possibly want. 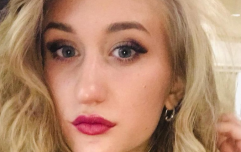 END_OF_DOCUMENT_TOKEN_TO_BE_REPLACED

"When I found out I told my sister that it would be really cool if my nephew gave me at least 3/4 of the winnings.

"She asked if I was serious. I said I felt I was being very generous because I really need all of it."

After her sister hung up on her, the aunt texted her nephew but believes he has blocked her.

The top comment reads: "YTA it was a gift. You don't get to ask for part of someone's gift. It sucks you're having it tough but still doesn't mean you're "generous" for asking for only part of the gift. Sure ask them for help, but don't ask for his gift."

Another wrote: "If he decides to give you some that's an awesome, heartwarming gesture - which you've totally ruined the chances of by demanding 3/4s."

popular
Incredible case of the only known individual whose parents were two different species
TikTokers are utterly convinced there is a secret zombie apocalypse going on in China right now
Time traveller’ claims to know exact date Queen will die
Women need to be dating men 10 years older than them, says relationship coach
Jealous man glued wife's vagina shut as he caught her cheating with four men
People compare reaction to Tommy Lee's explicit post with the scrutiny Britney Spears is facing
Darius Danesh opened up about his health struggles before his tragic death aged 41
You may also like
News
One million Brits on benefits in line to get £650 cost of living payment within weeks
Social Media
Andrew Tate claims to be world's first ever trillionaire
News
Mortgage affordability test scrapped in game-changing move that may get buyers onto property ladder
News
Tesco is encouraging shoppers to pay £2.49 fee once a month to save money
News
Lucky UK ticket-holder wins record £195m EuroMillions jackpot
Next Page