Archbishop of York is for more patriotism

The current Archbishop of York, Stephen Cottrell, has urged Welsh, Scottish and Northern Irish sports teams to sing God Save The Queen before international sporting matches. He continues to suggest that when teams from across the UK play one another, they should sing their individual anthems before they “sing our national anthem together”. 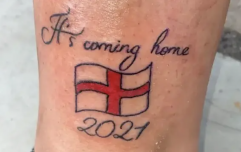 END_OF_DOCUMENT_TOKEN_TO_BE_REPLACED

Cottrell was not pleased with Scotland singing the Scottish national anthem Flower of Scotland before its Euro match against England. He insisted that both teams should have "sung one national anthem".

"When England played Scotland in the Euros a few months ago, we faced a conundrum. What to sing before the match?" he wrote.

Though the question of singing national anthems is arguably not as complicated as he makes out, he continues:

"Both nations, England and Scotland, belong to the United Kingdom of Great Britain and Northern Ireland. We should, surely, have sung one national anthem. But the Scots, with impressive zest, sang Flower of Scotland. And the English sang God Save the Queen. The national anthem of both nations became just the English anthem. 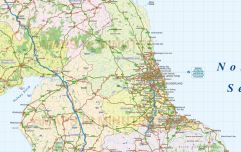 END_OF_DOCUMENT_TOKEN_TO_BE_REPLACED

In his Telegraph column, he said that many people feel left behind by “metropolitan elites in London and the South East and by devolved governments and strengthened regional identities in Scotland and Wales.

“Their heartfelt cry to be heard is often disregarded, wilfully misunderstood or patronised as being backwardly xenophobic.”

He also called for “an expansive vision of what it means to be English”, saying that people in England needed "developed and strengthened regional government" and that Westminster should encourage "separate nations and regions to serve their own localities better."