That was the response of a taxi passenger who claimed he woke up to see what should have been a £15 fare actually total at an eye-watering £102. 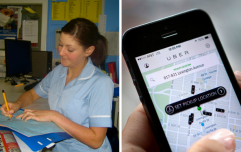 NHS staff will get free Uber rides over this Christmas season

END_OF_DOCUMENT_TOKEN_TO_BE_REPLACED

Daniel Kaizen said he ordered a taxi to take him from central London to Wood Green, in the north of the city, in the early hours of Easter Monday. In his drunken state, he nodded off in the back (we've all been there), and awoke to find that the driver had taken a 20-mile detour around London to reach his destination.

A 5-mile journey that should have left him with change from £20 quickly turned into an epic and expensive circuit of the capital, as illustrated by a tweet of the bizarre route. 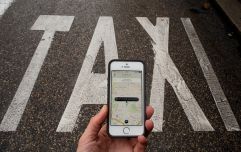 Here's how to get a five-star passenger rating on Uber

END_OF_DOCUMENT_TOKEN_TO_BE_REPLACED

Daniel told MailOnline that he didn't immediately notice the three figure receipt for the journey.

"I went to rate the driver because he was a nice guy and I nearly spat out my tea laughing at the route," he said.

Daniel was quick to mention that Uber did apologise, though, and have apparently agreed to refund him for his journey. 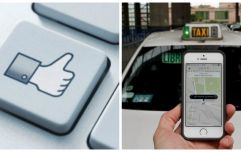 You'll soon be able to order an Uber without leaving Facebook

END_OF_DOCUMENT_TOKEN_TO_BE_REPLACED

A spokesperson for Uber told JOE: "We are investigating exactly what happened in this instance and have given the rider a full refund. Unlike other transport options Uber offers transparent receipts with a record of every trip and a map of the route taken so if there is an issue it can be resolved.”

We've also reached out to Daniel for comment and will let you know if we receive a reply.

popular
Landlord faces £40k fine after tenant puts swimming pool on roof of flats
Graeme Souness under fire for calling football a ‘man’s game' while sat with Karen Carney
Comedian cancelled after ‘getting his penis out on stage’ during Edinburgh Fringe Festival
Incredible case of the only known individual whose parents were two different species
Man with laughing condition like The Joker accused Joaquin Phoenix of stealing his persona
Man 19 years older than his wife shocked to learn he had met her when she was a baby
Man United will 'terminate' Cristiano Ronaldo's contract if his attitude doesn't improve
You may also like
News
How one student helped nearly 1,000 women get home safe after Sarah Everard murder
News
Uber now lets you see how many one-star ratings you’ve racked up
News
Uber driver charged rider £24 after driving car into canal
News
Uber CEO says company are considering cannabis delivery
Coronavirus
Woman charged for coughing on Uber driver and ripping off his mask
Next Page