Adobe told me I was a Dreamer... and I'm not the only one

Whether it's the part of insecurity or narcism, personality quizzes remain hugely popular online. 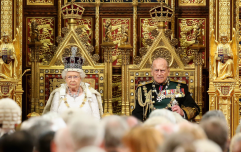 Personality Test: What percent boujee are you?

END_OF_DOCUMENT_TOKEN_TO_BE_REPLACED

From Buzzfeed quizzes that determine what Taylor Swift album you should be listening to based on your choice of meal deal, to the psuedo-scientific Myers-Briggs tests that have become the plague of all dating apps, it seems everyone wants to know what they are, who they are, or what they are going to be. Also see: the resurgence of horoscopes.

Adobe are in on the act now, with a new online test telling you the type of 'creative' you are.

The various personality types include: The Artist, The Dreamer, The Maker, The Adventurer, The Visionary, The Thinker, The Innovator and The Producer. I'm yet to see a result that describes someone as "not having a creative bone in their body", which is nice to know before you take it, although perhaps points to some flaws in the overall method.

Once you've answered a few question, you get a run down of all your best creative traits, whether that's being able to isolate yourself off in your own head, or drive other people's ideas forwards as part of a team.

You can take the test here, then see if your friends are the right people to collaborate with in the future. Together we can achieve wonderful things.