CEO of Apple, Tim 'Tim Apple' Cook was visiting The White House yesterday for an American Workforce Policy Advisory Board meeting with POTUS, among others.

Obviously, obviously things didn't run smoothly because if you give a tiny child a precious vase to play with, no matter how hard they try to avoid it, they are going to drop that vase and look on in disbelief as it is reduced to a frankly comical amount of smithereens.

So Donald Trump referred to Tim Cook as Tim Apple. That is what has happened. It is hysterical and above all else, a depressingly accurate depiction of the state of the world right now.

But also, it's important that we take an unnecessarily close look at the events as they transpired, for no reason other than to gain a deeper understanding of just how funny the whole thing actually is.


Act I, Scene I - Moderately Comfortable 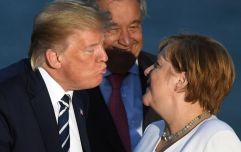 END_OF_DOCUMENT_TOKEN_TO_BE_REPLACED

Trump is, as always, embodying the classic Michael Scott line "Sometimes I'll start a sentence and I don't even know where it's going. I just hope I find it along the way", blabbering on about opening up labour forces as if they are a physical thing. Everyone seems to be in a state that can only be described as moderately comfortable. Ivanka is adjusting her hair, Donald is intermittently clasping his hands together to give the illusion that he is saying something worthwhile, and Tim is staring right into his eyes, blinking or twitching with rage, it's difficult to say.

As he's trying to figure out what to say, Trump remembers that the CEO of Apple is sitting beside him. Like a child in the school nativity play who's just been prompted their lines, Trump gives him a namecheck, saying "People like Tim". This is the first indication that the President does not know Tim Cook's surname. Using his first name is rude because it assumes a level of familiarity among them, which they blatantly do not have, but it's also a way for POTUS to undermine his company, acknowledging that he's there but neglecting to give him a proper title. This remark would make a good case study for being a sociopath, but we don't have time to get into that here today. That's another day's work. Maybe tomorrow. 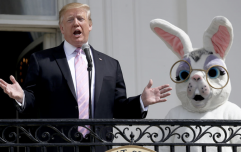 END_OF_DOCUMENT_TOKEN_TO_BE_REPLACED

Trump continues to verbalise every half-formed thought that enters his backcombed-to-within-an-inch-of-its-life head, describing the record-obliterating growth of Apple as "expanding all over". He's diminishing the feats of his guest to feel better about himself, like the school bully who would tease the nerds purely because he could never reach their academic levels, taking out his personal inadequacy in whatever way he saw fit, mostly by using bold words. Meanwhile, Ivanka has moved on from flicking her hair to counting the fingers on each of her hands. Everyone is just killing time until this excruciating ordeal is over.

Trump, in an expected act of lunacy, tries to brush off the non-existent advice that he gave to Tim Cook, CEO of Apple. He informs the masses that he instructed Cook to "start doing it over here", apropos of nothing in particular. Could be his taxes, could be his gym sessions, could be his insatiable appetite for burgers. Whatever he's alluding to, Trump is poorly trying to suggest that Apple's success is entirely down to some advice he once gave to Tim Cook, a man whose surname he is about to assume to be the same as the company he works for. 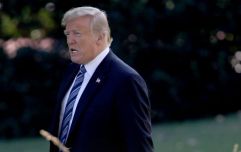 END_OF_DOCUMENT_TOKEN_TO_BE_REPLACED

As Trump's off-the-cuff assembly of words that pop into his head draws to a close, the air feels thicker. He has talked himself into a corner, whittling away the past twenty seconds praising a man for doing his job, whilst also alluding to the fact that he, Donald Trump, is responsible for the success of Apple. This is where the magic happens, right when POTUS runs out of steam and his brain deliberately betrays him in an act of rebellion for being stuck with him for the rest of its life. He locks eyes with Tim Apple. This is it. It's happening. The court jester is about to provide an act of unintentional whimsy.

Act III, Scene I - The Event

Almost as if directed by a comic Goddess, Trump breaks eye contact with the CEO of apple and turns to be in direct contact with the microphone. So precise is his projection, audio engineers worldwide assumedly cheered as he finally learned how to speak straight into a an audio amplification device "...we appreciate it very much, Tim Apple" he says. It's done. It has happened. Donald Trump, the President of the United States has called Tim Cook, the CEO of Apple Inc., Tim Apple. Tim Cook uses ever fibre of his self control not to react. Trump doesn't even realise what the fuck he has said. This is magic. When people say 'Nah chief, this ain't it', this is what they're referring to. This is it, chief. This is it. It has happened.

The ignorant orange buffoon carries on regardless because dogs rarely recognise the scent of their own fart. Ivanka has clocked it, she looks down, replaying the audio in her head trying to figure out if this is definitely what has happened, or if it was part of an elaborate daydream. She knows. Tim Cook, CEO of Apple, Tim Cook, he is working very hard, harder than he has ever had to do in his professional career, pleading with his face to remain impartial. The slightest flinch could put this whole meeting into disarray. His surname has just been substituted for a type of fruit. His ancestors have all groaned a thousand groans after being disrespected in front of the entire world. He doesn't even correct Trump. He just takes it. He sits there and he takes it.The man, in short, is bulling.

Now Tim Cook is forced to carry on with his life, having just been referred to as Tim Apple by the 45th President of the United States. He didn't choose this life. He has been catapulted into the online circus world that he's sure will ensue. One where people make memes of him, one where he will incessantly be asked about the events that have just unfolded, one where some idiot will write a 1000-word breakdown of this situation scene by scene, painfully dissecting the occurrences as they happened. Ivanka looks her father dead in the eyes. She has come to expect this kind of thing. 'There will be an SNL sketch this weekend, hopefully the person playing my role will look slightly less polished than I', she's thinking. 'Nailed it', Donald Trump is thinking. 'Fuck my fucking life, I'm the fucking CEO of a $148 billion dollar (as of August 2018 company)', Tim Cook is thinking.

Nobody has won here. Not democracy. Not the American Workforce Policy Advisory Board. Not Donald Trump. Not Ivanka Trump. Not Tim Cook and certainly not the people legitimately in possession of the surname 'Apple'. But in a way, it's liberating. Of course this has happened. This is what we expect every time the big orange buffoon speaks in front of the media. It's uncomfortable to watch, but good lord is it fun to dissect like this. Keep them coming, Trump. Tragically, I am having the time of my life.