The only thing I drive is the internet crazy for #relatable #content.

There's a beautiful unspoken code that exists between drivers. It's similar to when bus drivers going in opposite directions give each other a cheeky flash of the lights and a nod. They're just checking in, letting the other know that they care and hope that each other's families are doing well.

END_OF_DOCUMENT_TOKEN_TO_BE_REPLACED

But sometimes there are other messages that need to be communicated from driver to driver. Messages like 'Come along, quickly now', 'What's the hold up here pal?' and 'You fucking piece of shit, what shade of green would you like to see?'.

I've taken the liberty of decoding some popular hand signals employed by drivers, so you'll never be confused again. 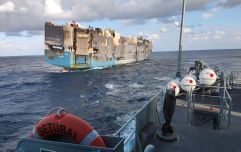 END_OF_DOCUMENT_TOKEN_TO_BE_REPLACED

This is a very standard manoeuvre that is typically performed when you see a person that you're vaguely familiar with it. It usually happens close to home or the workplace, most popular when the other person is on foot. Your joint eye contact becomes quite tiresome, so you feel it appropriate to extend some sort of gesture to break the tension. A simple one finger salute will acknowledge that you have seen them and wish them the very best with all their future endeavours. 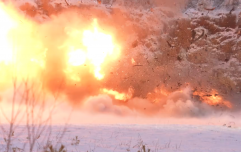 END_OF_DOCUMENT_TOKEN_TO_BE_REPLACED

A more enthusiastic version of the 'Alright Pal', this technique employs the use of all four fingers, while your thumb continues to navigate the steering wheel safely. It's most commonly used to express thanks and appreciation to a fellow driver. If you want to go hell for leather on this one, you can also mouth the words 'thank you' to the driver if they're in close proximity. Maybe even throw them a cheeky wink if you're feeling particularly spicy.

Probably the rarest one in the wave category, this particular salute shows the utmost attention being given to the subject. Whether it's an old friend you haven't seen in quite some time, or you're trying to alert someone to the fact that they've left their skinny cappuccino on the roof as they begin to drive off, this hand signal can reportedly be seen from space on days with no clouds. If you're suitably familiar with the recipient of the wave, a quick flash of the lights and perhaps even a short beep can also be added to the process.

This hand signal pertains solely to those in the vehicle behind you. It's likely they've noticed that you're still wearing a summer festival wristband in September, or perhaps they just allowed you to pull ahead of them in traffic. Either way, you need to make your appreciation known by getting that limp hand good and high into the centre of the car. You also have the option to go nuts altogether and stick on the hazard lights to show the utmost gratitude.

The 'No Worries Mate'

If you're on the receiving end of the 'Cheers' or 'Sound Mate', you may feel obliged to pass on further communication to your fellow driver, merely letting them know that you've received their thanks and feel thoroughly satisfied with the response. It's a nice gesture that typically wraps up your correspondence with the other road user, meaning you can both happily go about the rest of your day knowing that you've been conscientious drivers today.

Technically the most difficult hand signal to execute, this particular gesture involves defying all logical hand movements and bending your hand over the steering wheel, whilst also moving it across the top. This signals to pedestrians that you are allowing them to traverse the road in front of your car at their leisure. It creates an air of safety on the road, as the pedestrians now know that they can safely make it to their destination at your behest.

The 'WHAT THE FUCK?'

A fairly self-explanatory hand signal, this one very politely lets the other driver know that you're utterly baffled by their actions. Surely they must lack a brain to perform such a ludicrous manoeuvre on the road in this day and age? A quick upward flick of the wrist teamed with a limp hand and a stern look will surely catch their attention in their rear-view mirror as they whizz off into a death wish and subsequent early grave with such haphazard driving.

A frequent hand signal used while driving, this one is fully functional in two situations. The first relates to traffic lights. A driver will cross their fingers, as shown above, for luck. The driver will pray that the other drivers ahead somehow manage to locate their accelerators in a timely manner so that they too may get through this particular change of the lights. The second instance of this hand gesture is used when you don't get through the traffic lights, so you hope that the slow drivers ahead never decide to reproduce.

Admittedly quite an aggressive gesture, this hand signal indicates to another driver that you're quite interested in having their guts for garter. They have wronged you in some manner and this isn't something you're going to take lightly. Their lack of any apologetic hand signal has filled you with a blinding rage, so your judgement is impaired. After combing the entire depth of your aggression resources, the most threatening gesture you can think of is to simply point at the offending driver to let them know that you're upset. That'll learn them.

The meme of 2016 actually existed long before Arthur was on our screens. The frustration fist is a technique that has been employed by car users since the beginning of time. It's a complicated method that involves the driver clenching their fist and hitting the top of the steering wheel. It helps to vent some anger, while the driver secretly hopes that the offending fellow road user sees this frustration and vows never to make a driving error again.

Another self-explanatory hand signal, this one rarely makes it above the steering wheel for fear of being branded a brute. The bird is flipped in the most extreme circumstances, such as another road user doing something preposterously stupid and expressing zero remorse afterwards. Being a polite British road user, you wouldn't dare allow them to see your erect middle finger, so you simply keep it out of their sight, but take deep satisfaction in knowing that it's there.