The sugar tax comes into effect today across the UK, as the price of soft drinks are set to rise. Hard drinks are untouched, which is just as well because they are very hard. 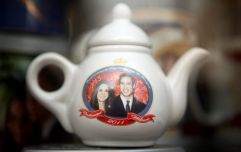 END_OF_DOCUMENT_TOKEN_TO_BE_REPLACED

There's a lot of other things high on my personal list ahead of sugary drinks that need taxing, but that's the Government for you, always acting in the best interest of the country.

I've drafted a list of some areas of concern that I'd like to pass my recommendations of taxation on. Nothing major, just a few suggestions for the Treasury.

I'm fully aware that this is a pointless exercise, but that's show business baby.

This tax is specifically targeting members of society that either cannot count, or are devious little degenerates. We've all got somewhere else to be, mate. That doesn't mean you can slip a Peperami into your basket that's already reached maximum capacity with ten items. The ten items or less checkout is for precisely that. If you're going to ignore the rules, you'll be faced with a tax, sunshine. After your (more than ten) items have been scanned, the cashier will apply a 10% tax on your total amount owed. This is for inconveniencing fellow shoppers as well as the cashier and the revenue will be evenly distributed evenly among those affected. 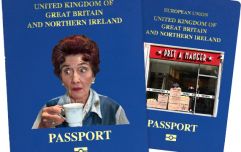 END_OF_DOCUMENT_TOKEN_TO_BE_REPLACED

Everyone knows a culprit, and now their day has come. Anyone that has subjected others to their insufferably shit banter will face a beefy tax. If you're questioning whether you'll be hit by this new taxation system, simply consult the following list to identify if you're eligible:

If you're guilty of any of the above, you must declare it or face a severe penalty once your character undergoes a mandatory bi-annual audit. Tax is unavoidable in this country, as is your insufferably shit banter. Do the right thing and turn yourself in today. 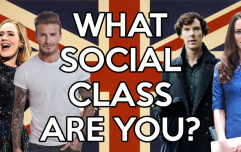 Can we guess what social class you are?

END_OF_DOCUMENT_TOKEN_TO_BE_REPLACED

As a female, I won't pretend to know the rationale behind men needing to spread their legs as wide as possible while sitting on the train. I'm yet to see ironclad scientific research that highlights the health benefits of such a heinous act, and until such time as I do, this tax will come into effect. As a frequent manspreading victim, all I am asking for is precisely my half of the seat to remain uninhibited by anyone other than myself. That's why the seats are evenly separated and not, for instance, a couch. Manspreaders will pay a hefty tax calculated by the journey duration and severity of the impact on fellow passengers.

Couples that update friends and followers with their every bowel movement will be taxed heavily under this new law, which will penalise anything deemed sufficiently 'Ew' or 'FFS'. A back tax will also be in operation when this comes into effect, meaning offenders should clean up their feeds now to avoid paying a large sum. Anything from referring to each other as 'This one' or 'My best friend, my soulmate' will be taxed at the upper bracket of 25% of all yearly income earnings, with the unforgivable act of a baby gender reveal video facing an on the spot tax of £25,000.

I'm looking at you, Becky from primary school. Anyone that uses more than 1 (one) hashtag per post on Instagram will pay a moderate tax per surplus hashtag. Those that space out a few lines using full stops between their caption and paragraph of hashtags at the bottom will be heavily penalised as it shows that they are blatantly ashamed of their act, but hungry for meaningless virtual likes. The most offending hashtags include #MensFashion #Lol #Funny #Cute and #POTD.

Getting On The Train Before People Get Off Tax

Truly how have you people been brought up? Respectfully, use your fucking head, or failing that, your manners. There's nothing but positives yielded from letting other people off before you barge your way onto the train. You're a moron and will be taxed accordingly. For every £1 that you earn, you will be taxed 87p until you learn your bloody lesson. Stand back, leave a clear path for the disembarking patrons and then you will be able to get onto the train with greater ease. You're an idiot. Fuck it, we're taxing the full pound. Your income is now capped at 00.00 until you smarten up.

STOP HOGGING ALL THE OXYGEN, THERE'S NOT GOING TO BE ANY LEFT FOR THE REST OF US! Loud breathers are insufferable and need to be brought to justice. It doesn't matter if you want to use your nose or mouth, that's a choice that, legally speaking, I can't make for you. But for the love of Zeus, do it quietly. If I can hear you breathing from across the room, you're getting taxed mate. 1p per loud breath that disrupts another person's day. Get a new windpipe or something, you absolute irritant.

Although it's still unclear what the purpose of social media is, we can continue to try to crack it by bombarding it with corporate bullshit, self-proclaimed influencers and dank memes until the end of time. However, Debbie from work using it as a means of ensuring that the entire world knows that Abz from 5ive liked her Instagram (after she'd tagged him in a photo every day for the past 8 years) is getting taxed. Stop. Bragging. Online. Nobody cares. Truly, nobody cares about you as much as you do. Every offending post is landing you with a 5% tax on your yearly income. Think twice, Debbie. Please.

Anyone that has paid anything in excess of 10p for a Freddo over the last decade will be entitled to a tax rebate of the amount they've been overcharged. No proof of purchase will be necessary, as the taxation will operate on a trust system. The Government would do well to focus on the real issues, such as Freddo extortion, rather than nonsense areas such as childhood obesity. The citizens of the UK have been wronged for too long. This step would go a long way in restoring the British public's trust in their Government. The ball is in your court, Treasury.

popular
How did Brian Laundrie’s parents find his remains in a few hours?
‘Flesh-Eating’ STD spreading across the UK causing 'beefy red' sores
Crystal Palace fans unveil banner protesting Saudi ownership of Newcastle
Here's how to see who's been taking screenshots of your Instagram Stories
A definitive ranking of every swear word from worst to best
Vin Diesel walked Paul Walker's daughter down the aisle
‘Anti-Karen’ coffee shop hit with complaints from Karens
You may also like
News
Man 'splattered' with poo in his own garden after plane dumps toilet over him
News
How Britain learned absolutely nothing from panic-buying bog roll and pasta
News
British man arrested in Berlin on suspicion of being a Russian spy
News
People will die because of the EU’s petulant behaviour over the AstraZeneca vaccine
Gaming
Addictive new game makes you guess the UK location from the nearest Wetherspoons
Next Page