15 really petty things that all brothers and sisters argue about

How many of these are you guilty of?

You can't choose your family, but you can choose how you behave around them and, for some reason, siblings bring out the juvenile side of each other.

We've decided to list 15 of the most petty things we've argued about with our brothers and sisters, see if you recognise any.

Your sibling's leg is either too close to you or else it's blocking the television.

You ask them to move it, they say "no," and all hell breaks loose.

One sibling has cool clothes, the other doesn't, but believes the old saying, "what's yours is mine."

You'll be in the pub that night and spot them wearing your shirt, jumper or jacket. Bad move, bro.

3. Sitting in the middle of the backseat of the car

The seat that nobody wants. That lump in the middle means you'll be asked to "move your head" by the driver for the entire journey.

The race to avoid getting stuck in the middle looks something like this.

4. Doing the washing up 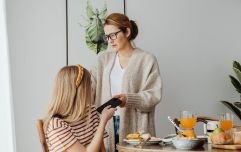 END_OF_DOCUMENT_TOKEN_TO_BE_REPLACED

You've just polished off a mammoth dinner that your mum has made and then the dreaded "who's washing up?" is uttered by your parents.

Whoever is slowest to say "not me" ends up doing it. The smug look that appears on the faces of the other siblings is infuriating.

We all know that sharing food is a dangerous game, but it's even more so with family members because they don't care if they offend you.

There's a draft coming into the room because the door isn't closed properly. You're all less than ten feet away from the door, but nobody will get up and close it.

A long drawn out debate about "who's closest?" will take place, and the door will remain ever so slightly open.

7. Who talks to the old, distant relative

Family gatherings, such as weddings, are great, but it means you're forced to chat to that old aunt who is half-deaf and talks a lot.

Tough negotiations between the siblings take place and the youngest is usually forced, against their will, to go over and sit down beside Auntie Margaret.

The competitive nature of siblings is never more apparent than when they play FIFA on PlayStation or Xbox.

Knocking the controller out of hands, quitting before the final whistle, or turning off the console are all classic moves pulled when things go wrong.

A person's patience is shortened by 500% when it's a sibling they're dealing with, and you can drive that up to 1000% if they need to use the bathroom.

Your sibling is going to the shop and you ask them to get you a bottle of Lucozade, you hand them a £10 note because it's the smallest you have on you.

They come back with the drink and a ball of change, but following a quick count you realise you're short a fiver. They've since fled to Colombia.

11. Hanging out with other sibling's friends

Sibling A invites friends over to the house, Sibling B sees that as the perfect opportunity to annoying Sibling A by hanging out in the same room as the guests.

Dirty glances, a head nodding in the direction of the door, and mouthing "get out" are all tried until Sibling A eventually blows and yells "get the f**k out."

Why is it that siblings can rarely agree on something they can all watch? Flicking through channels and messing with volume boils a lot of blood.

The big argument-starter is when the person takes the remote with them when they leave the room. So annoying.

The giddiness levels of siblings goes through the roof when they're all in a church together and muffled laughter usually erupts at some point.

A scolding comes from your parents on the way home and then the blame game starts. It always escalates into a verbal war and feelings get hurt.

14. Ignoring a "shotgun" call for the front seat of  the car

Calling "shotgun" when you see the car is the fairest way to decide who gets the passenger seat, that's the universal system.

However, some siblings don't play by the rules, ignore the call and claim they said it first. Expect a few digs from the back seat on the journey. 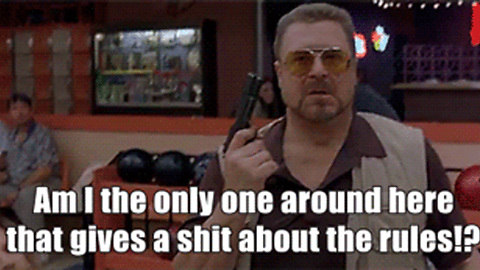 You know the sibling who sits there staring into space making weird humming noises for no reason. Yeah, that's so annoying, and they bloody know it.

"Mmmmmm," "Bzzzzzzzzzz," and "Ooooohhhhhh" are examples. It's sadistic stuff.

This article first appeared on JOE.ie

popular
Dad claims toddler stayed up until 11pm after cafe accidentally put coffee in babycino
Woman left mortified after realising why postman ‘rudely’ chucked parcel through door
YouTuber posts video telling fans 'I'm not dead' - dies days later
Shaquille O'Neill shows incredible body transformation and 'first six-pack for 30 years'
Rio Ferdinand and Jamie Carragher trade insults after Roy Keane argument
Man chops off two fingers in mission to become fully-fledged 'black alien'
Pregnant politician cycles to hospital while in labour to give birth
You may also like
News
Alec Baldwin: Family of killed cinematographer demanding answers
News
Dad sacked his own son from family firm for refusing to get Covid jab
Life
'My parents secretly did a DNA test on my baby because they didn't trust my wife'
Life
Man finds world’s longest Hula Hoop and wants it to be a ‘family heirloom’
Entertainment
Hugh Jackman shares rare photo with mum who abandoned him as a child
Next Page