Can we finally put this to bed now?

A new study from the University of Oxford has found no evidence that violent video games cause aggression in teenagers.

END_OF_DOCUMENT_TOKEN_TO_BE_REPLACED

The survey of around 1,000 British 14 & 15-year-olds and their parents/guardians looked into the long-held assumption that acting out violence in Grand Theft Auto or Call of Duty can lead to real-world actions - but the results suggested no connection between the two.

"What we found was that there are a lot of things that feed into aggression," director of research at the Oxford Internet Institute and study lead Professor Andrew Przybylski told Sky News.

"There are some effects of gender and some people who are from different life backgrounds have higher or lower ratings, but video game play didn't really seem to matter here."

"Violent games don’t seem to drive aggressive behaviour in young people. But really we should be looking at other things – maybe it is frustrations, maybe it is family or life circumstance – that we should be spending more time on." 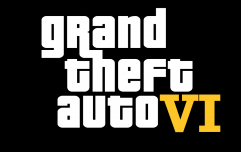 END_OF_DOCUMENT_TOKEN_TO_BE_REPLACED

The study found that two-thirds of boys, and half of girls played video games.

Published in the journal Royal Society Open Science, the study used UK and US games ratings to gauge how violent a game was.

In 2018, US President Donald Trump played up the link between real world violence and digital entertainment.

"We have to look at the Internet because a lot of bad things are happening to young kids and young minds and their minds are being formed, and we have to do something about maybe what they’re seeing and how they’re seeing it," he said at a White House meeting following the mass school shooting in Parkland, Florida. 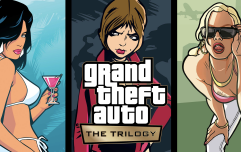 END_OF_DOCUMENT_TOKEN_TO_BE_REPLACED

"I’m hearing more and more people say the level of violence on video games is really shaping young people’s thoughts. And you go the further step, and that’s the movies. You see these movies, and they’re so violent. And yet a kid is able to see the movie if sex isn’t involved, but killing is involved, and maybe they have to put a rating system for that."

popular
Travis Barker’s daughter shares picture of Blink-182 star in hospital bed - tells fans to ‘send your prayers’
Angela Rayner humiliates Dominic Raab over opera reference
Horrifying detail emerges in Texas migrant truck tragedy that claimed 51 lives
'You're disgusting': Prince William roars at photographer who was 'stalking' his family
Celebrity Juice axed by ITV after 14 years as Keith Lemon pays tribute to 'the longest most fun party'
Bette Midler wants the US to ban Viagra because it’s ‘God’s will’ to have a ‘limp d**k’
Jasmine Burkitt death: BBC reality TV star dies aged 28
You may also like
Entertainment
GTA 6 to feature female protagonist and 'Fortnite map', according to rumours
Gaming
GTA 6 is reportedly not releasing until 2025
Entertainment
GTA VI rumoured to feature series' first ever female protagonist
Gaming
QUIZ: How well do you know the Grand Theft Auto games?
Gaming
15 defining PS1 games that need to be on the PlayStation Classic
Next Page