The Legend Of Zelda: Link's Awakening is being remastered for Nintendo Switch

The Legend of Zelda: Link's Awakening, launched on the Game Boy in 1993, is getting a beautiful new remaster for the Nintendo Switch.

The game will feature a new 3D-art style from the traditional top-down camera angle fans of the Game Boy original will be familiar with.

Details have yet to be released regarding the game itself, but the trailer does offer an incredible looking cutscene showing Link fighting the choppy seas beyond the land of Hyrule - the main location for the Zelda games. Additionally, Link's Awakening is one of the few Zelda games to take place away from Hyrule and without Princess Zelda or the Triforce relic.


After that we get a few glimpses of the gameplay, with Link dodging a chain chomp, slashing up a few enemies, cutting down some greenery and taking on the Rolling Bones boss fight from the original.

You can watch the trailer in full below: 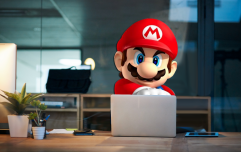 END_OF_DOCUMENT_TOKEN_TO_BE_REPLACED

Link's Awakening has actually been remade before, after an updated version for the Game Boy (Link's Awakening DX) dropped five years after the original in '98. Together the two titles sold over 6 million copies and have long been regarded as one of the best portable video games of all time.

The Legend of Zelda: Link's Awakening will be coming to the Nintendo Switch later this year.

You may also like
Entertainment
Untitled Goose Game - the silliest game ever made
Entertainment
FIFA 20: Career Mode additions fail to conceal a shallow experience
Gaming
Do gaming loot boxes encourage gambling?
Entertainment
Forcing someone called Kyle to play Kyle Simulator
Gaming
An extremely useful guide to being a massive dickhead on FIFA 20
Next Page