A petition to make a sequel of The Simpsons: Hit & Run has already gained over 25,000 signatures

Gamers are petitioning for a remake of the popular video game The Simpsons: Hit & Run, which first came to consoles in 2003. 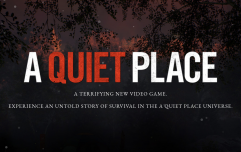 END_OF_DOCUMENT_TOKEN_TO_BE_REPLACED

The action-adventure game, which was inspired by Grand Theft Auto, quickly became an all-time favourite for gamers of all ages.

The video game, which was developed by Radical Entertainment, combined the thrill of racing with one of the best US sit-coms the 90s had to offer.

Who does not love a blend of police chases, road rage and driving mayhem?

Gamers were free to cruise around Springfield in fast cars from the sitcom, undertake different missions and, most notably, catch the police's attention which would normally end up in an adrenaline-pumping police chase.

Nearly 20 years have passed since The Simpsons: Hit & Run was first released, however fans are still signing petitions for a new sequel to be released, Gaming Bible has revealed.

A huge fan of The Simpsons: Hit & Run, Hassan Mohammad, has set up a petition to release another sequel of the game, which has already received over 25,000 signatures.

Describing his petition, Mohammad said: "Public demand definitely warrants a sequel and I'm astonished one hasn't been made yet, or alternatively a remastering of the original game. I hope it can be made possible through the means of this petition."

Speaking of the sit-com inspired video game Hit & Run, he said: "Lots of people considered it to be the best Simpsons game to date."

"If you are nostalgic about this game and would love to see another one made, you know what to do!"