That is a long time. That is a very long time. Are you willing to sacrifice 3600 minutes of your precious, finite existence on this - very real - planet to romp around an admittedly gorgeous virtual landscape pretending you're a cowboy and shooting people in the head? 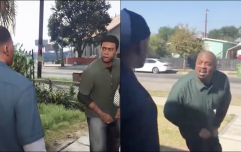 END_OF_DOCUMENT_TOKEN_TO_BE_REPLACED

I mean you are, obviously you are. You can't fucking wait for it, can you? To put your real life on hold to play Red Dead Redemption 2, to experience the realistic horse testicle physics, to ride endlessly on your horse, your digital horse with his testicles shrinking because of the cold weather, from one pointless sidequest to the next, riding, onwards and onwards, forever, to nothing, to simply feel the small, splendent thrill of wandering around without exerting any actual physical energy, without actually going anywhere.

You can also, apparently, pet dogs in the game. That's a good 40 hours of gameplay alone. The whole thing better not just be petting dogs.

During an interview with Vulture, Rockstar's Dan Houser - lead writer on GTA V - actually revealed that the gaming giants CUT five hours of content from the game.

Thanks for that Dan. Thanks for leaving the other 60 hours for us to chew on.

Here are some things you could do in the time it takes to complete Red Dead Redemption 2: 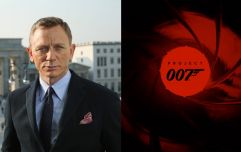 END_OF_DOCUMENT_TOKEN_TO_BE_REPLACED

Reportedly, Arthur Morgan (the central protagonist, whose back of head you will be staring at for 216,000 seconds of your life) will have a romantic plot in the game, probably to make up for your sad, lonely, horse-testicle viewing existence. Also reportedly, there was meant to be a second fling included, before this was presumably dropped so that Red Dead Redemption didn't appear to be actively rubbing in your lonely existence with a cowboy with multiple love interests. And the top bunk of a bunk bed. And a fancy gun. And loads of scars. Ooooo. He's cool, isn't he? I wish I was him. With his cowboy girlfriends.

Another mission that was cut involved being on a train and "having to deal with bounty hunters", which I reckon was quickly solved by informing the ticket inspector of their lack of valid railcard.

Red Dead Redemption 2 is out on October 26, so get your life admin in order beforehand. Dump your partner, quit your job, cancel your plans to walk to Leeds, and get ready for some sweet, old-timey Western, horse-testicle watching action.