Pro Evolution Soccer has been killed off after 26 years

Pro Evolution Soccer as we know it has come to an end, and will be replaced by a new free-to-play game.

The game, which has seen a renaissance in recent years, has had a tumultuous time in its lifespan, butting heads with EA's FIFA and often coming out the loser. 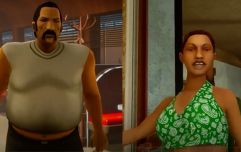 END_OF_DOCUMENT_TOKEN_TO_BE_REPLACED

But now, what has been described as the discerning fan's football game, has been consigned to the history books.

Instead Konami are developing a new adversary to FIFA, eFootball, which is launching this autumn on PlayStation, XBox and PC, with a mobile version dropping not long after.

Details are sparse at the moment, but we needn't wait too long for them, as a further announcement is being made just next month.

"Starting with the strong foundations of Unreal Engine, which has allowed us to massively overhaul player expression, we've made a number of modifications to virtually create a new football game engine that will power eFootball for years to come.

"With the added power of new-generation consoles and by working closely with elite footballers, eFootball delivers our most tense and realistic gameplay to date. We'll share specific gameplay details next month, so stay tuned."

I'm sure you're wondering just how free-to-play this really will be, and here's the catch.

Konami have expanded on the business model for the new game, saying:

Ensuring that eFootball is an experience that everyone can enjoy, Konami's new football game is free-to-play across console, PC and mobile.

"Importantly, eFootball will also present a fair and balanced experience for all players. More details about gameplay and online modes will be revealed in late August.

As a digital-only title, Konami will regularly add new content and game modes after launch this Autumn.

Local matches featuring FC Barcelona, Juventus, FC Bayern, Manchester United and others will be available, for free, at launch.

In the future, certain game modes will be sold as optional DLC, giving players the freedom to build an experience that follows their interests.

Keep your eyes peeled for more info on this one, this could shake up the world of football gaming.