The new Pokémon game will monitor your sleep, and and train your Pokémon based on your sleep pattern

Gotta nap them all?

On Tuesday, the Pokémon Company announced a series of new titles, but one really stood out: Pokémon Sleep, a game that you literally play by sleeping. 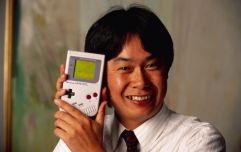 END_OF_DOCUMENT_TOKEN_TO_BE_REPLACED

Just like how Pokémon Go encouraged people to walk in order to find rare Pokémon near-by and hatch those pesky eggs, Pokémon Sleep intends to do the same for sleeping, and reward players for getting a good night's rest.

The smartphone app apparently "tracks a user’s time sleeping and brings a gameplay experience unlike any other."

We’re pleased to announce the development of Pokémon Sleep, a new app from @Pokemon_cojp that tracks a user’s time sleeping and brings a gameplay experience unlike any other!

Several Snorlax were consulted on this, in case you were wondering. #PokemonSleep is coming in 2020. pic.twitter.com/nJ7mJY09Dl The release date for Pokemon Sword and Shield has been announced

END_OF_DOCUMENT_TOKEN_TO_BE_REPLACED

"The concept of this game is for players to look forward to waking up every morning," added Tsunekazu Ishihara, president and CEO of The Pokémon Company.

"Several Snorlax were consulted on this," The Pokémon Company also confirmed, in case you were wondering.

Pokémon Sleep is set to arrive sometime in 2020.

The game will also utilise a new device confusingly titled the Pokémon Go Plus+ (yes, that is two pluses). Shaped like a flat Pokéball, the device will keep track of your Pokémon and alert you to nearby ones, as well as being a sleep monitor. 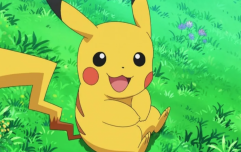 'Scottish Pikachu' is the Pokemon we all need right now

END_OF_DOCUMENT_TOKEN_TO_BE_REPLACED

Several years ago it was reported that Nintendo was working on a health platform known as 'Quality of Life' that included sleep monitoring. That never came to fruition, but this looks like it could be a continuation of that concept - only with added Pikachus.

Pokémon Sleep was not the only title announced on Monday. We also found out that another Detective Pikachu game is on the way. Prior to being a Ryan Reynolds movie, Detective Pikachu was a Nintendo 3Ds adventure game. The sequel, however, will make the leap to the Switch.

Also announced was Pokémon HOME, "a cloud service that will work with Nintendo Switch and iOS and Android devices, allowing you to bring over the Pokémon that you’ve shared adventures with throughout your journey."

popular
Pedophile chugs liquid and dies in court shortly after he's convicted
Lisa Kudrow hits back at fans complaining about lack of diversity in Friends
Landlord faces £40k fine after tenant puts swimming pool on roof of flats
Chilling moment man with knife and balaclava is captured wandering around family's living room
James May 'hospitalised after crashing into wall at 75mph filming new show'
Climate activists plug golf holes with cement in protest over water ban exemption
The JOE Friday Pub Quiz: Week 307
You may also like
Crime
Man jailed for using covid support to buy Pokémon card worth $57,000
News
Logan Paul realises he spent £2.6m on fake Pokemon cards worth £260
News
Pokémon sends rare cards to boy who sold his collection to save his dog
Entertainment
Pokémon card listed on eBay for $9.99 sells for over $300,000
Entertainment
A salute to Ash Ketchum, a sports hero we can be proud of
Next Page