Pedro Pascal will take the lead as Joel in The Last of Us, the long-awaited HBO show based on the video game series of the same name. 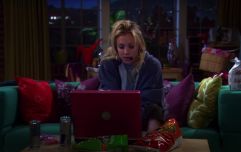 END_OF_DOCUMENT_TOKEN_TO_BE_REPLACED

If you have not played the games, they are set in a post-apocalyptic civilization after the collapse of society. In the first game, you play as Joel, who is tasked with helping 14-year-old Ellie escape from a quarantine zone, and travel across the USA.

Ellie is to be played by Bella Ramsey, who is best known for being Lyanna Mormont in Game of Thrones. Maisie Williams was once in talks to play Ellie in a film version of The Last of Us, so it is somewhat fitting that someone from GoT is taking the role (and let's not forget that Pedro Pascal of course played Oberyn Martell in the hit HBO fantasy show).

The TV version is to be written and executive produced by Chernobyl creator Craig Mazin, along with the game's writer and director Neil Druckmann.

The Last of Us was first released on PlayStation 3 in 2013, to massive critical acclaim. It was followed by DLC add-on Left Behind in 2014, along with a remaster on PlayStation 4.

END_OF_DOCUMENT_TOKEN_TO_BE_REPLACED

The long-delayed sequel was finally released in 2020 - but to go into too much detail on that would probably spoil the TV show for anyone who has not played the games yet.

Pedro Pascal was last seen as the villain Max Lord in Wonder Woman 1984 - and despite that film's mixed reaction, Pascal's wild, over-the-top performance was one of the most enjoyable parts of the movie.

The Chilean-born is probably now best known for playing the lead in The Mandalorian, Disney Plus' super-successful Star Wars spin-off, though his big breakthrough was in Netflix's Narcos.

popular
Multiple fatalities after planes collide mid-air over airport
Former Playboy Bunnies detail what it was like having unprotected orgies with Hugh Hefner
Pilots fly over destination airport at 37,000 feet - because they were both sleeping
Gerard Butler breaks silence after death of 'brother in arms' Darius Danesh
Incredible case of the only known individual whose parents were two different species
UK city named the 'most dangerous' in Europe, according to study
Mum cuts off boyfriend's 'private parts' after he 'tried to rape 14-year-old daughter'
You may also like
Entertainment
Iron Throne to tour UK ahead of House of the Dragon premiere
Entertainment
HBO boss gives updates on The Last Of Us and the future of Succession and Westworld
Entertainment
Game of Thrones author George R.R. Martin teases major changes between TV show and book ending
Entertainment
Kit Harington ‘will be returning as Jon Snow’ for Game of Thrones sequel
Entertainment
New Time Traveller's Wife series airs 'incestuous' oral sex scene that has left everyone divided
Next Page