The smallest Xbox ever

After details of the console leaked, Microsoft decided to officially reveal info about the machine on Twitter.

The company said that the Xbox Series S will offer "next-gen performance in the smallest Xbox ever."

That is a fantastically good entry price for a next-gen console at launch. The PlayStation 4 launched at $399 in 2013, which is largely considered a big factor in its success over the Xbox One, which cost $499 on its release.

The image shows that it is a small, thin console, seemingly without a disc drive. It is also standing upright, and is a crisp white in comparison to the already-revealed Series X's jet black. 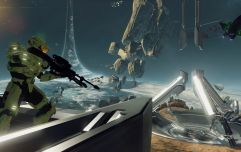 END_OF_DOCUMENT_TOKEN_TO_BE_REPLACED

According to Windows Central, the Xbox Series S will launch alongside the Series X on November 10, 2020. The site also reports the Series X will cost $499, $200 more than the Series S.

The Xbox Series S is intended to be a cheaper, more affordable version of the Series X, with less power and lower resolution outputs.

Sony have announced a similar deal for the PlayStation 5, with a machine without a disc driving being released alongside the regular model, presumably at a cheaper price point. The launch price of the the PlayStation 5 has not yet been revealed, however.

"The future of gaming has never been more inspiring," writes Phil Spencer, Head of Xbox, in a letter on the Xbox website regarding their new consoles. "Creativity in games is flourishing. New services empower you to discover more games—and bring you closer to the games and creators and streamers you love. The cloud creates a massive opportunity to stream console-quality games and play with the people you want, wherever you want. And for many of us, nothing is more inspiring than the dawn of a new console generation."

popular
Fitness expert reveals army technique to fall asleep in two minutes
Motorcyclist dies in crash live on TV while trying to escape police
Woman who saved enough to retire by 26 reveals three golden rules she stuck to
A definitive ranking of every swear word from worst to best
Bookmaker received $420,000 worth of bets on controversial Arsenal yellow card
Dermot O’Leary stunned by definition of ‘grassilingus’ sex term
New Highway Code rule will fine drivers £1,000 for opening door with wrong hand
You may also like
News
GTA Trilogy has beaten eFootball as the lowest-rated game of 2021
News
New football game ‘UFL’ looks to rival FIFA and eFootball
Gaming
GTA 6 is reportedly not releasing until 2025
Entertainment
All the best bits from E3 2021 you missed while you were watching the Euros
Entertainment
Developer reveals Xbox Easter Egg after waiting nearly 20 years for people to find it
Next Page