Mario Kart is officially the most stressful video game in the world, according to science

That feeling when you're in first place, and there's a red shell closing in

Research has discovered that Mario Kart is the video game that causes the most stress in gamers. 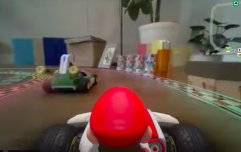 END_OF_DOCUMENT_TOKEN_TO_BE_REPLACED

A new study from Bonus Finder took 14 active gamers and monitored their heart rate while playing 16 of the most popular and intense games across consoles, PC and mobile.

Mario Kart was found to be the game that caused heart rate to rise the most over 30 minutes of play. The game increased the heartrates of the participants by an average of 21BPM - that is a jump of 32.81%.

FIFA 20 came second, with an average increase of 20BPM.

Here is the top five:

The study also measured the peak BPM increase during playtime, which was topped by Dark Souls III. The notorious tough action-adventure game saw BPM rise as high as 127 BPM – a 98.44% increase on the group baseline resting rate of 64 BPM. 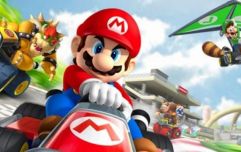 END_OF_DOCUMENT_TOKEN_TO_BE_REPLACED

Coming second in peak BPM increase was online multiplayer hit Fall Guys, which will make sense to anyone who has desperately tried to make to the end of one of the game's obstacle courses in the nick of time. Mario Kart was third, Street Fighter was fourth, and FIFA came in fifth.

The Mario Kart franchise started with Super Mario Kart, which was released on the Super NES all the way back in 1992. The game popularised the go-kart style of racing games, eschewing speed and realism for power-up, obstacles and cute characters.

A Mario Kart title has graced nearly every major Nintendo console since the 1990s, and have consistently been some of the company's biggest-selling titles. The latest version, Mario Kart Live: Home Circuit on the Switch, brought the game into the real world by including actual RC cars to race around your living room.

popular
Paul Scholes says Paul Pogba is a "daydreamer" and Fred and McTominay are "limited footballers"
Here we go again - the government says book your Xmas party. What's 'Plan B'?
Watford staff unhappy with Ben Foster's commitment to vlogging on club time
Matt Lucas hits back at outrage over 'offensive' Bake Off German accent
Gordon Ramsay's daughter Tilly calls out radio host for 'fat shaming' her live on air
Pilot who crashed plane that killed Emiliano Sala was ordered not to fly
Mum who drove into Insulate Britain in rage says 'I just gave them a nudge'
You may also like
Entertainment
The smartphone version of Mario Kart has been delayed until Summer 2019
Entertainment
Nickelodeon are releasing their own Mario Kart game
Entertainment
Mario Kart is officially coming to smartphones
Entertainment
Remembering the time JLS all played Mario Kart Wii together
Entertainment
An offensive gesture has been removed in the latest update for the new Mario Kart game
Next Page