Jim Carey is playing Dr Robotnik in the movie

Video game legend and icon of pure 1990s extremeness Sonic The Hedgehog is heading to the big screen, in a live-action/animated hybrid family movie, set for release in November. 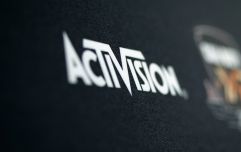 END_OF_DOCUMENT_TOKEN_TO_BE_REPLACED

Previously, we got a teaser poster for the film, but that only showed us a silhouette of the raddest hedgehog of them all. But now, a leaked document from branding agency Hamagami/Carroll Inc appears to reveal him in all his blue glory.

Those eyes. THOSE EYES.

The document appeared on the portfolio page of HC's website, but has since been taken down.

The presentation goes on to list Sonic's "Brand Personality" - according to corporate, Sonic is:

Voicing Sonic in the movie is Ben Schwartz, who you might recognise as Jean-Ralphio Saperstein, Tom Haverford's best friend in Parks and Recreation. 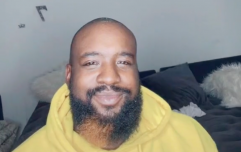 END_OF_DOCUMENT_TOKEN_TO_BE_REPLACED

Jim Carrey is playing Sonic's nemesis, Dr Robotnik aka Dr Eggman, which seems like the maddest but also most brilliant cast we could imagine.

Sonic The Hedgehog is set to be released in the US on November 8th, and will be in UK cinemas Boxing Day, 2019.

popular
Line of Duty stars reprise roles to slam Boris Johnson in brutal AC-12 interview
Referee who made AC Milan mistake was 'in tears' and 'state of shock' after the game
Prince Andrew's servants 'ordered to arrange teddy bears on bed every night'
Drivers will need to give cyclists priority on the roads from next week
Impotent man's partner accidentally sprays insulation foam inside penis during sex
Mystery thumb uncovered in original uncropped version of Prince Andrew pic
Taliban announces national suicide bomber battalion
You may also like
Film
How The Grinch Stole Christmas is officially the most Christmassy film ever, according to science
Entertainment
The trailer for the Sonic the Hedgehog movie is here and it's wild
Gaming
First image of Jim Carrey as Dr Robotnik in the Sonic The Hedgehog movie appears to leak
News
Jim Carrey responds to Mussolini's granddaughter's beef in typical fashion
Gaming
The first image of the live-action Sonic The Hedgehog movie has human arms and legs, looks really buff
Next Page