Fortnite looks like it is finally coming to Android phones

It will launch with the Samsung Galaxy Note 9, according to reports

Look, we don’t need to tell you what Fortnite is. 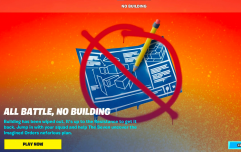 END_OF_DOCUMENT_TOKEN_TO_BE_REPLACED

If you are young, then you are totally addicted to it.

And if you are old, it is everything that is wrong with this generation of kids, even though all you really know about it is that it’s where Antoine Griezmann got that silly dance from.

Anyway, the all-conquering free-to-play battle royale game is currently available on all major consoles and platforms, apart from Android. But new reports suggest it will be hitting Android very soon. 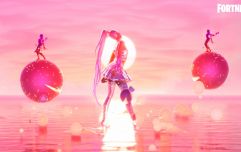 END_OF_DOCUMENT_TOKEN_TO_BE_REPLACED

You will probably get some free V-bucks and skins bundled with the phone. XDA Developers also believer that Samsung are trying to get Twitch superstar Ninja to be involved.

They also state that Epic Games could have launched on Android weeks or even months ago, but were waiting for a big phone launch to roll it out with.

popular
Dad who left partner for Ukrainian refugee is now her full-time carer after she became partially blind
Tariq Lampety switches international allegiance ahead of Qatar World Cup
Elon Musk secretly fathered twins with his top executive, according to court documents
Premier League club faces call to suspend international player over rape allegations
Bizarre moment Flash star Ezra Miller offers to 'knock out' store worker who wanted a selfie
England women's squad to discuss changing white shorts due to period concerns
Piers Morgan took a piglet on his show and people don't know 'what the f*** is going on anymore'
You may also like
Entertainment
GTA 6 to feature female protagonist and 'Fortnite map', according to rumours
Gaming
Avengers content is coming back to Fortnite
News
Prince Harry reckons Fortnite should be banned to combat social media addiction
Entertainment
Netflix say Fortnite is their biggest competitor, not other streaming services
Entertainment
Fortnite are being sued by 2 Milly over use of 'Milly Rock' dance move
Next Page