Brought to you by Gfinity Elite Series 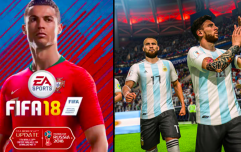 END_OF_DOCUMENT_TOKEN_TO_BE_REPLACED

The Gfinity Elite Series Season 3 FIFA 18 tournament culminated this weekend at the Gfinity Arena in London (and broadcast live on Facebook), with esports veterans FNATIC picking up the title.

Both the FIFA 18 semis and final took place on Friday evening. In the first semi, eventual winners FNATIC took out the USA’s Team Envy in a tense encounter. With Envy on top in the second leg, FNATIC’s Simon ‘Zimme’ Nystedt bagged a late equaliser to take it extra time, and eventually saw off Envy on penalties.

The final saw them face Unilad, who’d dispatched Method in the other semi. A hectic finale to the first game left FNATIC 3-2 ahead, and despite a late comeback, they also comfortably won the second leg 4-2 to be crowned champs.

“I’m so hyped that we won tonight! The lads have been putting in so much work together and the fact that it’s paid off like this is incredible. The Gfinity Elite Series has been a tough competition and the team format and scoring system tested us in new ways. To know you’ve beaten some of the best players in the world, you can’t replicate that feeling. We now look forward to competing in the FIFA 18 eWorld Cup this summer”.

On course, FIFA isn’t the only game at the Gfinity Elite series, with the Street Fighter V and Rocket League finales having taken place the next day. 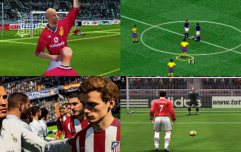 QUIZ: Identify the FIFA game from a single screenshot

END_OF_DOCUMENT_TOKEN_TO_BE_REPLACED

After eight weeks of adrenaline-fueled moments and shocking results, the Rocket League champions were decided in suitably dramatic fashion. Vitality and Envy traded victories, until Envy pulled out a shock last minute equaliser in the final game to take it to overtime – but ultimately, Vitality were too strong winning the match 4-1, and securing victory for the entire tournament.

And over in the Street Fighter V series, Nordavind and FNATIC threw down in the Elite Series grand final. Nordavind’s superstar Arman ‘Phenom’ Hanjani maintained his unbeaten streak to guide them to victory, winning 4-1 overall.  After his victory, and elated Phenom said:

“The last eight weeks have been so much fun and a real learning curve for all of us at Nordavind. We have gone up against some of the world’s best Street Fighter players and we have grown professionally and as a team so this really is the best feeling ever to have won.”

Tom Halls, Head of Strategic Development & Franchises at Gfinity, spoke about the series as a whole, saying:

“This season has undoubtedly been bigger and better than ever before. Each of the three winning teams have fought hard and trained tirelessly to become worthy winners in their division for this season. We’ve seen the highest standard of game play ever before and have been delighted to welcome new teams from across Europe to compete in in the Elite Series. We can’t wait to see new and returning talent again in season 4”.

Keep an eye out for Gfinity Elite Series Season 4, coming later this year.

For more information on Gfinity Elite Series, go to the Gfiinity website.

popular
Liverpool fans were right to boo the national anthem
Amber Heard's lawyer becomes annoyed as Johnny Depp's team interrupts her testimony multiple times
ITV's The Chase star opens up on divorce from ex-wife who is his cousin
Boris Johnson slams Jurgen Klopp for defending Liverpool fans booing national anthem
Doctor Strange star jailed for eight years over child sex offences
Lip readers analyse what Johnny Depp’s lawyer told him as they celebrated in court
Hilarious moment pilot is forced to climb into cockpit through window after 'getting locked out'
You may also like
Sport
FIFA 18's World Cup mode features the Iceland 'Viking' clap celebration
Entertainment
Making a simple change to your TV's settings will make you better at FIFA
Entertainment
QUIZ: Can you guess the FIFA game from the songs on the soundtrack?
Sport
Manchester United have launched a new kit...via FIFA 2018
Tech
FIFA 18 players are using this infuriating gameplay glitch to win matches
Next Page