Just when I thought I was out, Mo Salah pulled me back in

When my son was born, I was sure I wouldn’t push him towards football.

Yes, he could be better off without all of that. He would be better off without the aggression and the shouting and the emotional investment and the sense that he had a personal stake in this, which wasn't really a personal stake at all. Why should football make people happy or sad or angry when it has nothing to do with their lives? Why should it matter so much? Imagine the freedom? Imagine what he could do with his weekends?

I didn’t think it mattered to me like it used to do and maybe that was a good thing. It’s not cynicism, I said, but life, an awareness of all the things that matter and all the things that don't. We are standing on the brink of extinction so why would you get worked up if the side you support can’t beat Southampton at home?

For me, it’s also a job and it's hard to be as enthusiastic about, say, the Irish football team if you know you're going to be talking to Martin O’Neill at the end of a game, especially a game brought to you by Martin O’Neill.

So I said I'd be happy if he didn’t want anything to do with football. We’d be better off with the dinosaurs and the sharks and the things that usually take up our time on a Saturday morning.

And then, earlier in the season, my son stopped playing briefly, went over to the TV and pointed at one player who he said had the same hair as Victor, one of his teachers at his nursery. I told him the player’s name. That’s Mo Salah, I said. He could say Salah so we enjoyed that, but I didn’t think much of it.

This was early in the season and I thought Salah might be another player who does some nice things on the ball but never really delivers, never really gets you a goal. I’d seen this type before, easy come, easy go. It didn't matter. Mo Salah would not be detaining us long. We would not be emotionally investing in Mo Salah.

And then something else happened. My son wanted to play football or, at least, he ran furiously up and down on the spot, kicked the ball and described this as football.  Then he asked if he could be a footballer and, because he could say Salah, he was Salah and I would pass the ball to him and he would kick it under the bed and that would be another goal for Mo Salah. And we’d celebrate. The celebrating, which is when he runs and jumps into my arms, is the best bit. 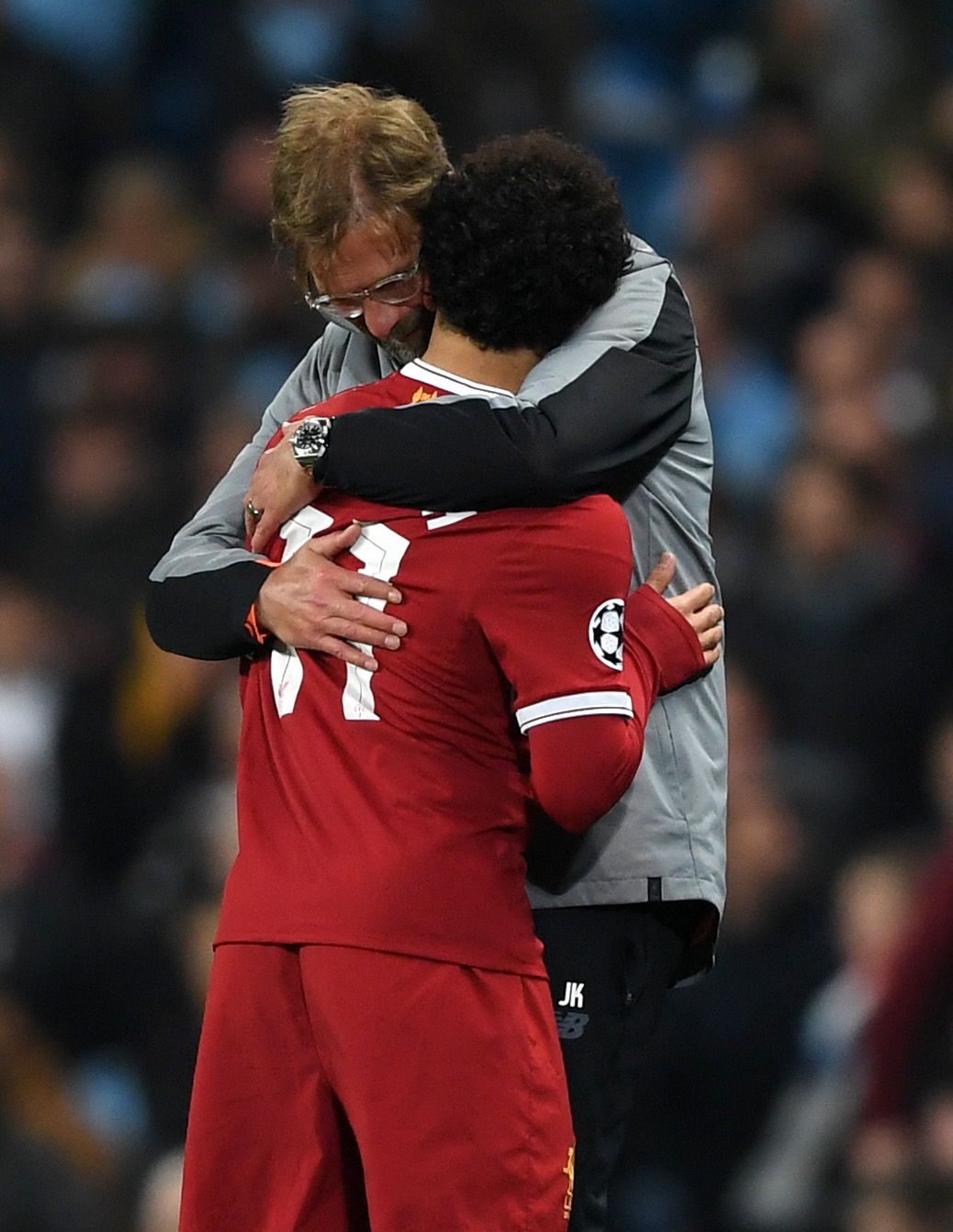 END_OF_DOCUMENT_TOKEN_TO_BE_REPLACED

He would be Liverpool and he’d be Salah. One day, he wanted to be Ireland too so he asked me who he could be and I spent some time thinking about it. And I had to keep thinking for a while.  “Do you want to be Shane Duffy?” I asked. Then I settled on Wes. I'll break the retirement news to him later.

My son was four last month. He hasn’t really made any choices in life, except to declare that the Suchomimus might have been the fiercest of all dinosaurs because it ate fish and meat. He might decide tomorrow he doesn’t want to play football again, or at least not want to kick a football under the bed and decide by some arbitrary measure if it’s a goal or not.

A few months ago, he started to watch football as well, at least for a few seconds, and only when he thought he could see Salah. He’d ask for Firmino too - "Is he Salah’s friend?" - and then he began to expect something. He began to ask to see Salah’s goals and he smiled and said 'Salah' every time Salah scored. And then my wife began to sit down and enjoy the look on her boy’s face every time Salah scored. And, of course, Salah kept scoring.

So our son has come to expect these goals now and we sit with him and watch them. Every time Salah scores, he smiles. And every time he smiles, Salah's goals seems to matter a little more. I don't know why, but I do know that football - all sport - is not just about escape, it is about who you escape with and who you experience joy with. And sometimes you can lose that joy because the people you escaped with aren't around anymore and maybe then it matters less.

So now it seems personal and now we are invested again. When Salah plays, I want to tell my son that he scored. I want to watch football with him in those moments when he's prepared to watch to see if Salah scores, before he decides his time would be better spent impersonating a Mako shark. 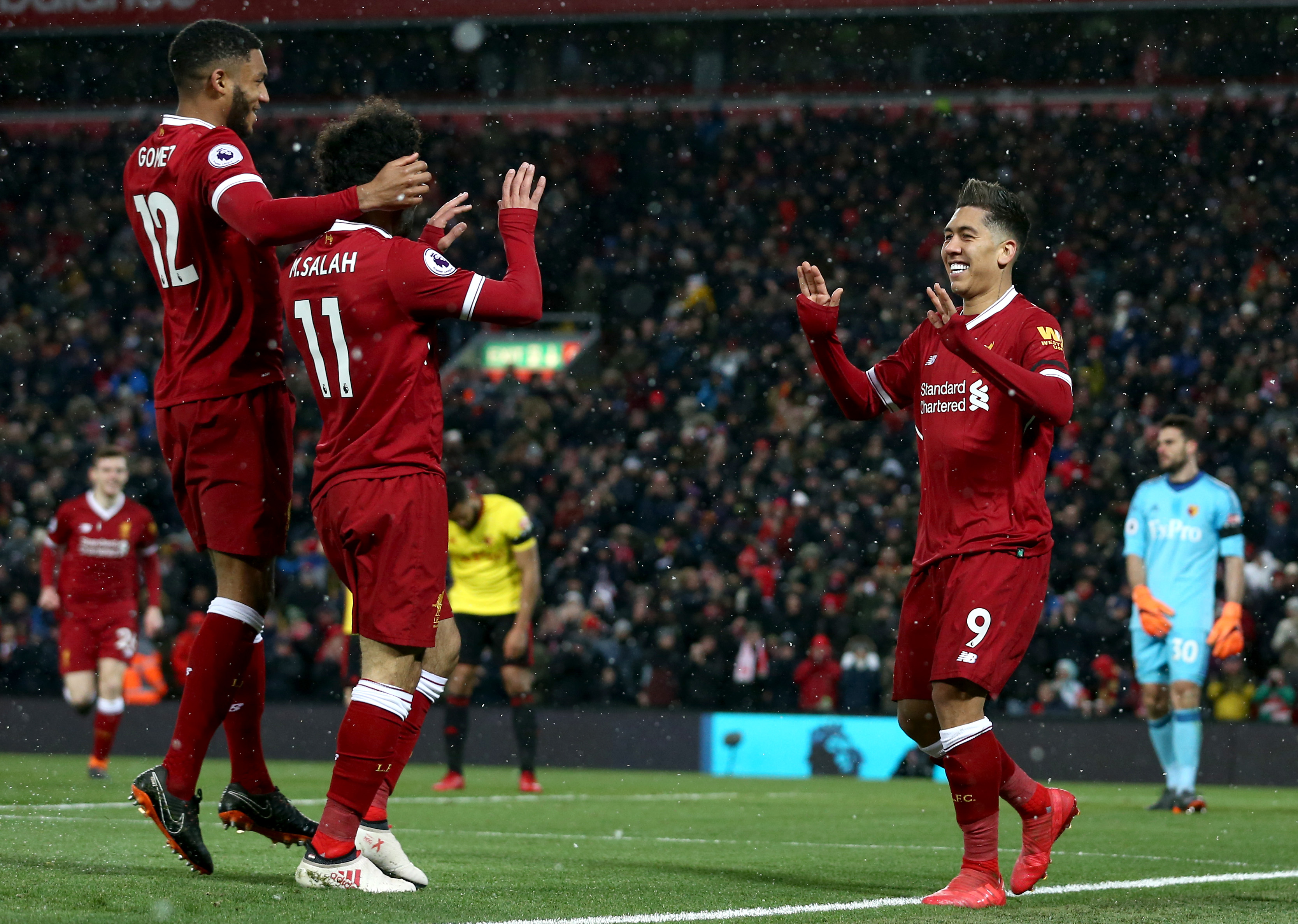 And maybe this will be a brief infatuation and he'll never show any interest in football, but for now, there is this extra layer of happiness, this sense that it matters like it mattered when you would catch your joy reflected in the face of your own father when he saw your reaction to a result.

So you come back from Manchester on Wednesday and he asks you where you’ve been and you tell him. And you ask him does he know who scored in the game and he says, with a smile growing on his face, because he's sure he’s got the right answer, “Salah”.

That’s right, you say, Salah scored and this strange feeling, once familiar, washes over you.

He does you say, and this feeling that had gone rises in you once more and you know what’s happening. And he smiles again, because he wasn't really bored, and says again, "Salah always scores" and you know this feeling, you know where this is going. You know you have escaped with those who matter most to you.

Mo Salah always scores and just when you thought you were out, they suck you back in.