Have you been missed going to football matches over the last year? 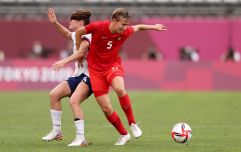 END_OF_DOCUMENT_TOKEN_TO_BE_REPLACED

Canadian teenage football fan Daniel Robertson certainly has. But in an attempt to do something productive and fun during the pandemic, he has spent the last 6 months trading football scarves from all over the world in exchange for some traditional Canadian maple syrup – all via Reddit.

Daniel put a message on Reddit asking fans to send him football scarves of their local team - and if they did, he'd send them a jar of maple syrup as a thank you.

So far, he has received over 125 scarves, from over 60 countries.

We spoke to Daniel to hear his story, and take a look at his collection.

This Canadian teenager swaps maple syrup with football fans all over the world in exchange for scarves of their local teams pic.twitter.com/aLCwDn6CDE

"So it was just one day, I was just hanging out with some friends and we were just talking about how much we missed going to the games," explained Daniel. "because obviously with the pandemic, fans weren't allowed in the stadiums." 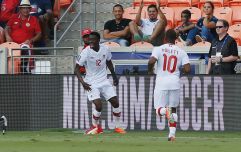 END_OF_DOCUMENT_TOKEN_TO_BE_REPLACED

"And then it got us watching other videos, from other teams. And I was like, wow, that's kind of cool, that no matter the country or no matter the club, everybody has football scarves. That's just one unique aspect that all clubs have."

"So that's definitely when I noticed. And I was like, well maybe I could do some type of project where I can collect a bunch of football scarves from all over the world, and get that football feeling that I was missing in my life."

And if you want to swap a football scarf for some maple syrup, you can check out Daniel's Reddit post and get in touch.

popular
'Super recogniser' draws 'accurate' modern Maddie McCann to help police find her
'I did three grams of coke during a game': Inside football's problem with Class A drugs
The JOE Friday Pub Quiz: Week 272
Cat suffers from rare condition that makes them gain insane muscle mass
Chilling video shows moment step mum tried to get away with murdering boy, 6
Mum in jail for murder pays tribute to son, 6, killed by his dad and new girlfriend
Man suing company after being 'hung upside down like meat' at Christmas party
You may also like
Fitness & Health
Woman becomes world's first person diagnosed as suffering from 'climate change'
News
Plane flying ‘will you marry me’ banner crashes, killing passenger
Politics
Boris Johnson ridiculed for flying to Cornwall for climate change talks
News
Catholic Church 'shocked' at remains of 215 children under school but offer no apology
Politics
MP steps down after 'peeing into coffee cup' during Zoom meeting
Next Page