Man United shouldn't apologise for having a great goalkeeper

There was nothing 'lucky' about the win

END_OF_DOCUMENT_TOKEN_TO_BE_REPLACED

The Manchester United goalkeeper made an incredible 11 saves in the 1-0 win at Wembley - the most made by a Premier League 'keeper in a match while also keeping a clean sheet.

It was the most saves made by a goalkeeper in a Premier League game since De Gea made 14 stops against Arsenal in December 2017. 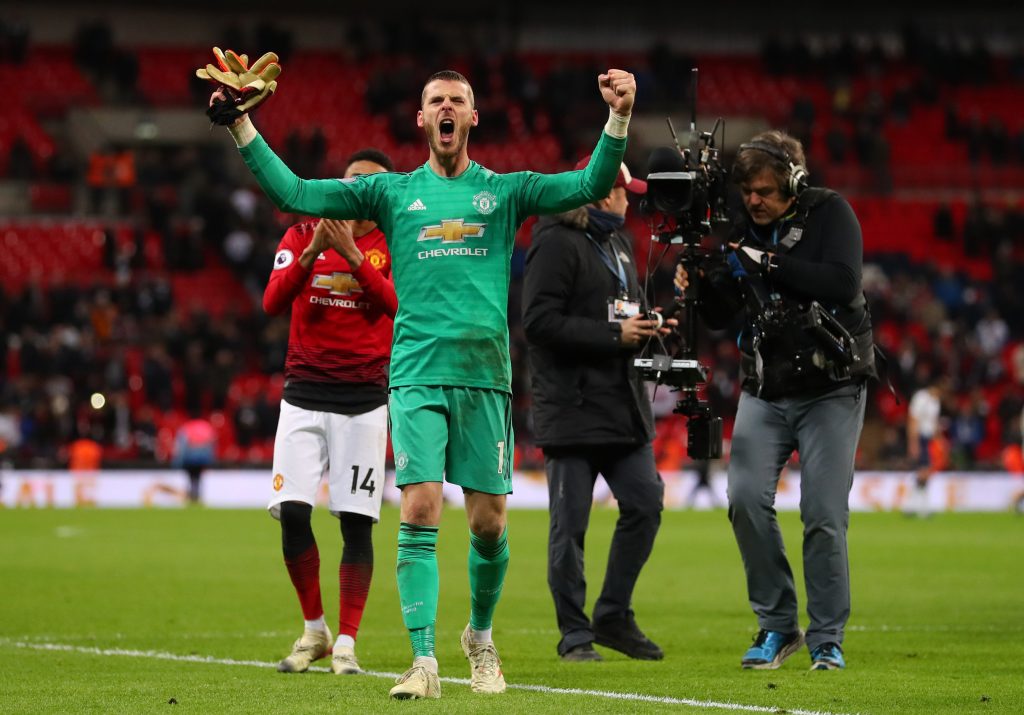 The Spain international, who had been in patchy form during and after the World Cup, was rightly named a man of the match for this display, but that didn't do his performance justice. This game will always be associated with De Gea. He was that impressive.

END_OF_DOCUMENT_TOKEN_TO_BE_REPLACED

Following the final whistle, Mauricio Pochettino said that the second half was the best display from his team during his four and half years with the club. Yet, Tottenham still couldn't find a way past United's 'keeper.

Ole Gunnar Solskjaer also made an interesting remark about De Gea and goalkeepers in general.

"You are allowed to have a good goalkeeper," the United caretaker manager said.

"I've played with a few fantastic goalkeepers. We have a tradition of having them and he has grown and grown. He deserves that man of the match today."

END_OF_DOCUMENT_TOKEN_TO_BE_REPLACED

Solskjaer's line about being "allowed to have a good goalkeeper" is spot on and should serve as the perfect rebuttal to those who have criticised United following the game.

There has been a theory doing the rounds that the team were somehow lucky to win the tie, that their goalkeeper saved them so, therefore, the victory is devalued. This is complete nonsense. 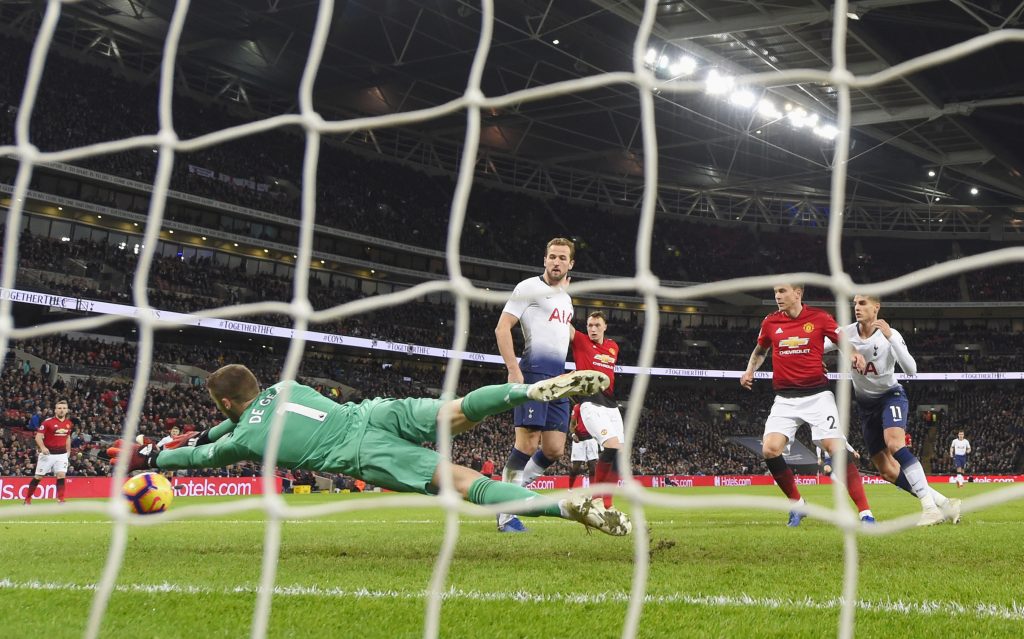 De Gea saved United and ultimately proved the difference between a win and a draw. But is that not the idea of having a good goalkeeper? That's his job - to save shots fired at him and help keep his team in the game.

The fact that he did so doesn't and shouldn't cheapen United's victory. It is nothing to be ashamed of. Arguing that it is like saying Barcelona did not deserve to win a game because Lionel Messi scored a goal, and if they didn't have him, they wouldn't have won.

The only thing De Gea's performance against Spurs should prove is how important it is to have a world class 'keeper. Liverpool have learned a similar lesson this season. 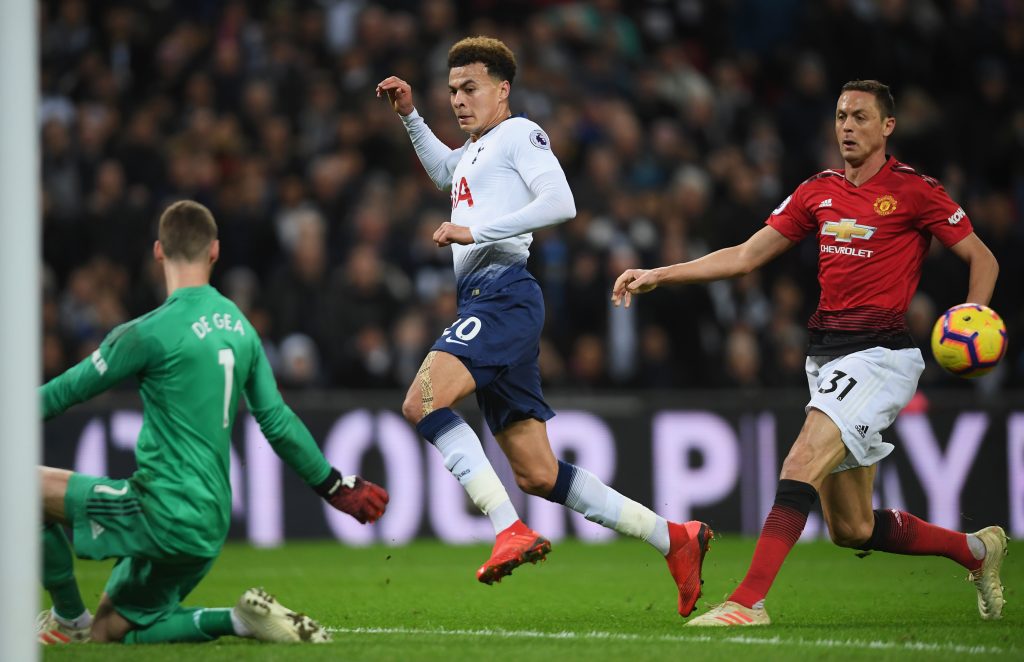 It also shows that some seem to consider a goalkeeper to be a separate entity from the rest of the team. As though the team got "lucky" because they have a great goalkeeper.

De Gea is a United player just as Paul Pogba and Marcus Rashford are. He is there to help the team just as they are.

The club also signed De Gea as a teenager, showed faith in him as he was developing and helped him reach his potential. Where is the luck in that?

There are others, even more bafflingly, who have argued that the brilliance of De Gea's performance has been overstated, that most of Tottenham's efforts were straight at him. Again, this is a deeply flawed argument.

As Watford goalkeeper Ben Foster said, some of the shots were within reach of De Gea because of his excellent positioning, not because they were poor efforts on goal.

I see a lot of people saying all De Gea saves were straight at him, please factor in that the guy has some mad sense to know where to be at just the right time, you can’t teach that. Proper goally 👏

Match of the Day 2 expanded on this during their analysis, highlighting De Gea's positioning for several of the shots he faced.

The pundits Jermaine Jenas and Darren Fletcher compared Rashford's goal with a chance Harry Kane had from a similar position.

They argued that the Tottenham striker had the easier chance, yet De Gea's excellent positioning and anticipation of Kane's effort meant he was able to stop it. Whereas Hugo Lloris positioned himself slightly wider of the goal and couldn't stop Rashford's shot.

It was a small detail, but small details make all the difference in these big games and at these vital moments.

Like Messi, Cristiano Ronaldo, Kevin de Bruyne, Mohamed Salah or any other great player, De Gea has the ability to make extraordinary feats look simple. This shouldn't be taken for granted or discounted.

There was another claim that, because De Gea is a brilliant goalkeeper, we should expect him to save these shots, that a goalkeeper of his calibre should be stopping such efforts.

By this logic, because someone is great at their job, they shouldn't receive praise for doing a great job. This is nonsense. 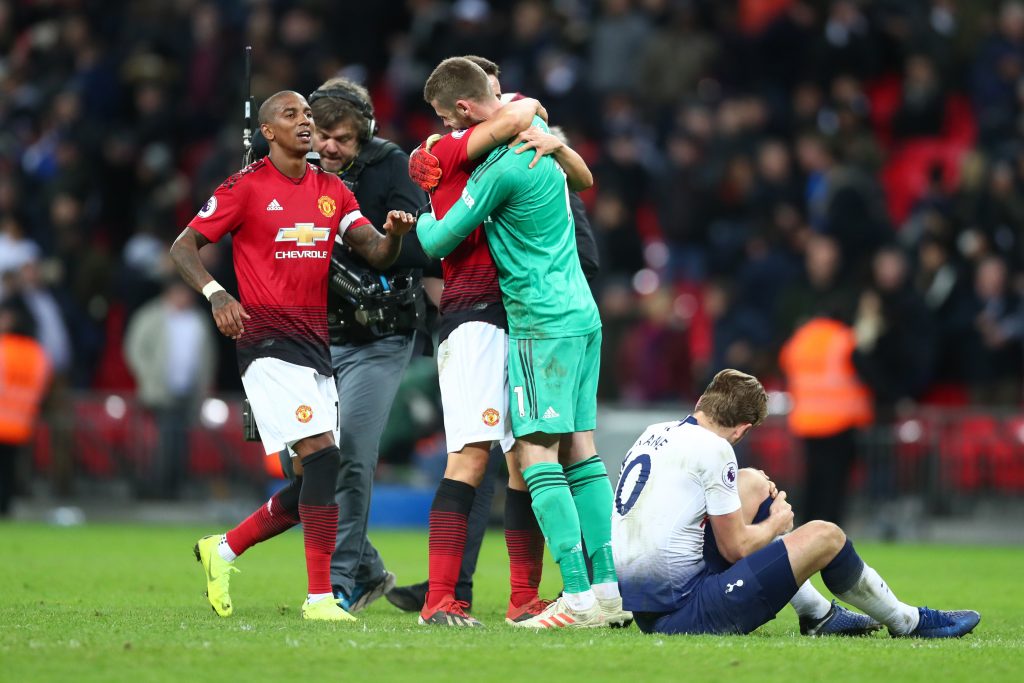 As is the theory that it was a smash and grab by Man United at Wembley, no different to displays under Jose Mourinho. That just simply isn't the case.

That game against Arsenal in December 2017, when De Gea was equally brilliant, was merely a smash and grab. 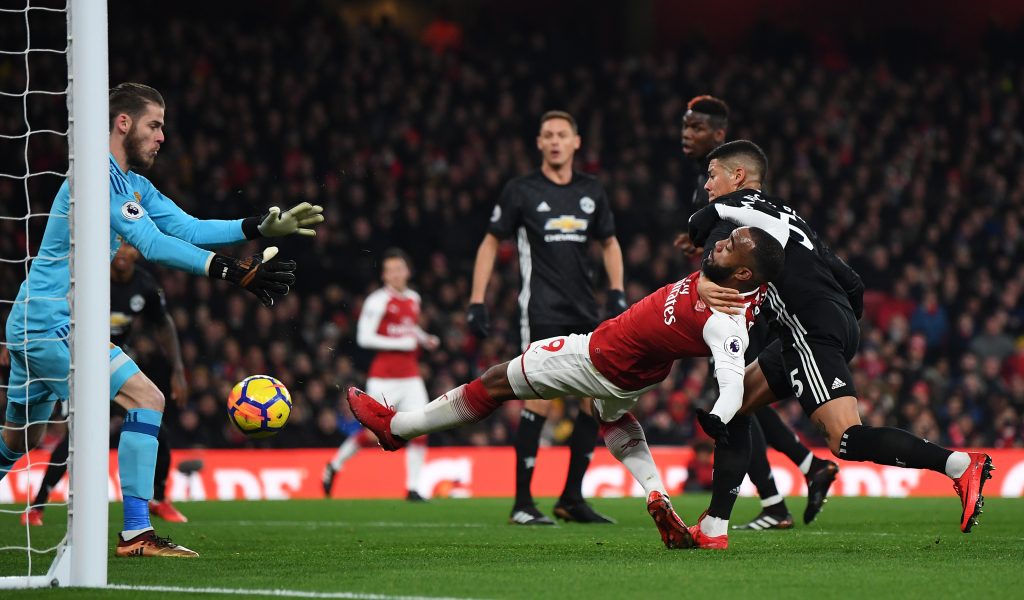 United won 3-1 at the Emirates yet the xG (expected goals) statistic shows that they should have been comfortably beaten.

United camped on their 18-yard line, took their chances in front of goal and hung on. De Gea performed miracles as Arsenal were allowed shot after shot on the United goal. This was the Mourinho template last season. 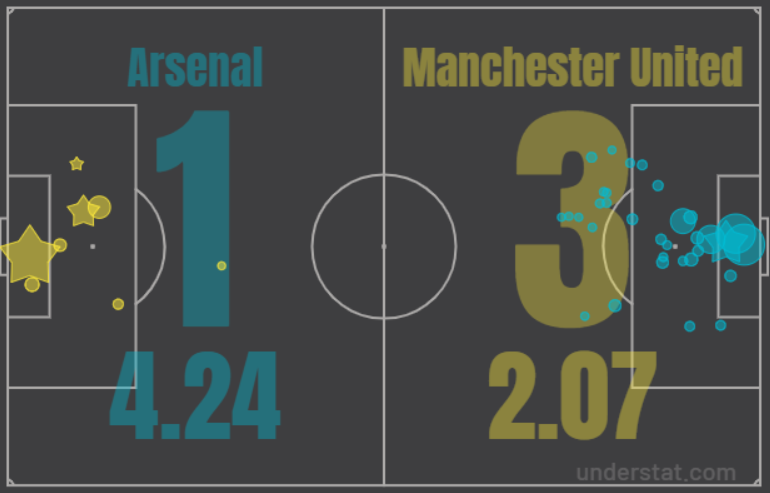 However, Solskjaer had a plan to hurt Spurs and the team executed it brilliantly, particularly in the first hour. They took advantage of the space out wide due to Tottenham's narrow midfield diamond and set traps throughout the pitch.

The front pairing of Rashford and Martial, with Jesse Lingard playing almost as a false-nine, caused Spurs serious problems and they punished them on the counter-attack with a wonderfully crafted goal.

Then, when they started to tire after 60 breathless minutes, United relied upon their goalkeeper to help them get through the game. De Gea did his part just as Rashford had earlier in the game. That's not the same as soaking up the pressure and praying for your 'keeper to bail the team out. The xG for the game shows that.

Yes, Spurs led United in this area, but it was close and conveys how this was an even match between two very good sides. 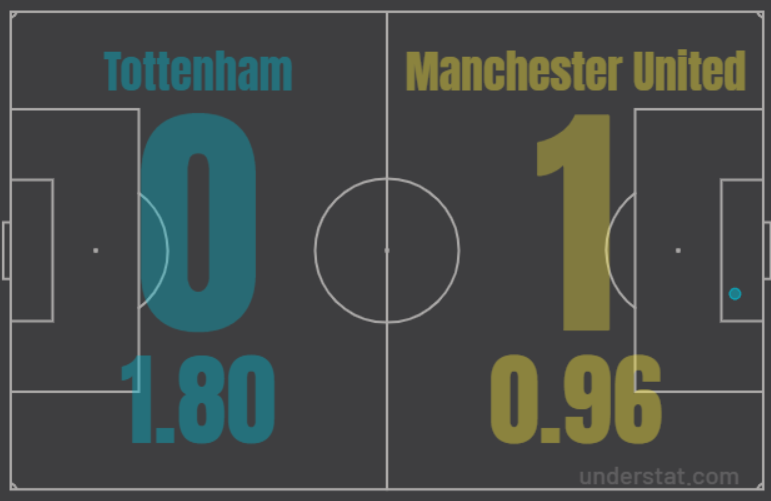 On Sunday, De Gea was there to be the difference when called upon, the same way a centre-forward is tasked with putting the ball in the opposition net.

Having a great goalkeeper isn't something United should apologise for either and having one certainly doesn't somehow devalue the win.

popular
Brit on holiday beaten with a brick by gang before being thrown in the sea unconscious
Towie’s Yazmin Oukhellou and Jake McLean had ‘furious row in Turkish club’ minutes before horror crash, report claims
Premier League player arrested on suspicion of rape facing two more allegations
British schoolboy breaks internet after attending prom in sequined tuxedo ballgown
July 4 shooter: Chicago suspect fled the scene in women’s clothes and planned attack for weeks, police say
How Katie Price’s 'year of no dramas' is going so far
Dad who ran off with Ukrainian refugee says couple are doing 'brilliantly' - but he can't see his kids
You may also like
Sport
Cristiano Ronaldo could be headed to Chelsea in sensational Premier League switch up
Sport
Ralf Rangnick suggested selling Cristiano Ronaldo in January, but club hierarchy blocked it
Sport
Cristiano Ronaldo will not return to Manchester United training on Monday
Sport
Cristiano Ronaldo wants to leave Man United and the club shouldn't stand in his way
Sport
Cristiano Ronaldo to Wrexham is on as Rob McElhenney expresses interest
Next Page