JD Sports has apologised for the way the women's version of the Scotland home shirt was portrayed on their website, following complaints from a parent. END_OF_DOCUMENT_TOKEN_TO_BE_REPLACED

Father-of-two Simon Kemp complained to the retailer after going online to purchase a shirt for his daughter, ahead of taking her to France this summer to see Scotland play England in the World Cup.

The model wearing the women's shirt was photographed posing provocatively, with ripped jeans, whereas the men's and boy's shirt was worn by more traditional football models.

The chain removed the image after being asked to Scottish FA.

.@ScottishFA Looking forward to taking my kids to the Women's World Cup and thought I would buy new shirts for us all. So please explain why the official seller @JDSports has presented the boys and men as athletes, yet the female model is more "traditional" #everydaysexism pic.twitter.com/V2XsVKHiri 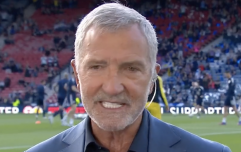 END_OF_DOCUMENT_TOKEN_TO_BE_REPLACED

"Looking forward to taking my kids to the Women's World Cup and thought I would buy new shirts for us all," said Kemp in a series of tweets to JD Sports. "So please explain why the official seller JD Sports has presented the boys and men as athletes, yet the female model is more "traditional'.

"My daughter plays football too, as do thousands of girls. What kind of example does this set for them? 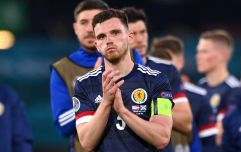 END_OF_DOCUMENT_TOKEN_TO_BE_REPLACED

"You have men’s, women’s and boys’ kit. Not girls’. Message is football is just for boys, and that’s not aligned to Scottish FA's aims of encouraging more girls to play. If junior kits are unisex, call them “children’s” and have female models beside boys."

An SFA spokesman said: "We apologise for any offence that this image caused. As soon as this was brought to our attention we contacted JD Sports to request its removal, which JD Sports immediately acted upon.

"At the Scottish FA, we are absolutely committed to further strengthening equality and diversity in Scottish football and promoting the girls' and women's game across the nation."

JD Sports said that it "occasionally test alternative product styles" on their website to "appeal to the full range of customers".

"While the principal images used for this product online were modelled in the traditional sportswear style, an alternative fashion-led image was tested for a short time," a spokesman continued.

"Following comments from one customer and discussions with the Scottish FA, this image has been removed. The product is now only displayed on our sales channels in the traditional style, and our photography guidelines have been reviewed to ensure this doesn't happen again.

"We remain committed to promoting and supporting the Scotland Women's teams in the build-up to the FIFA Women's World Cup this summer, and apologise for any upset this has caused."

Fair play to them, they changed the main pics today. Now just need to change the thumbnail. Oh and a free flag. pic.twitter.com/v9Lx7J4Kfn

popular
Incredible case of the only known individual whose parents were two different species
Multiple fatalities after planes collide mid-air over airport
Andrew Tate banned from Instagram and Facebook
Former Playboy Bunnies detail what it was like having unprotected orgies with Hugh Hefner
Court hears cringeworthy poems Ryan Giggs wrote to his ex
The JOE Friday Pub Quiz: Week 308
Footage emerges of Andrew Tate getting knocked out during kickboxing bout
You may also like
Life
Passenger plane dropped 1,200 feet in less than a minute without pilots noticing
News
Outrage after man is appointed as Scotland’s first ‘period dignity officer’
News
Jeremy Kyle slammed for calling Nicola Sturgeon that 'horrible woman up north'
News
Anti-monarchy billboards appear in Scottish cities and people are loving it
Sport
Scotland fans slam Andy Robertson for 'boozing' ahead of World Cup play off
Next Page