Walkers have threatened the existence of Prawn Cocktail crisps. We cannot allow this

A decent cup of tea. Complaining about the weather. The chimes of Big Ben, apparently. These are more than mere luxuries; they are indelible rights. They're part of the fabric of life. It is our duty, then, to inform you that we are under attack!!!! 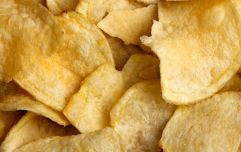 END_OF_DOCUMENT_TOKEN_TO_BE_REPLACED

Walkers, the British icon responsible for happy packed lunches and keeping Gary Lineker out of the doldrums (how can anyone be expected to survive on £1.7 million a year? In this economy?) have launched a new promotion: Choose or Loose.

The concept is terrifyingly simple: "Three classic flavours against three flavours from around the world. Which stay and which go? You decide."

The crisps competing for your love are Smokey Bacon vs Bacon & Cheddar, Salt & Vinegar vs Lime & Black Pepper, and Prawn Cocktail vs Paprika. That clang? That was the sound of your jaw dropping through your stomach.

The gall of Walkers. These are not Love Island contestants or Members of Parliament that we can vote in and out willy and indeed nilly. These are cultural institutions, part of our everyday for generations, and Walkers are happy to gamble them for a bit of PR, the cads. The villains. The scoundrels.

Why single out Prawn Cocktail? Because it's the most precariously positioned. If we lose Smokey Bacon and gain Bacon & Cheddar, would we really notice? It'll still taste like synthetic offal, just with an added hint of feet. And no one in their right mind is going to cast their ballot for Lime & Black Pepper; we'd sooner see Lord Buckethead flavour crisps in the newsagents.

But in Paprika, Prawn Cocktail could find a challenger. Paprika is by far the strongest of the contenders; anyone with a working knowledge of the Sainsbury's meal deal will know that Walkers Max Paprika is a go-to lunchtime snack. It's a beautiful crisp, but in beauty lies seduction, and in seduction lies vulnerability. 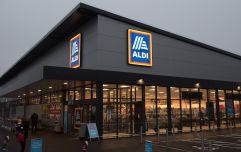 END_OF_DOCUMENT_TOKEN_TO_BE_REPLACED

Prawn Cocktail crisps, though a uniquely British item, are not universally loved. Salt & Vinegar, Cheese & Onion and Ready Salted will forever occupy the Holy Trinity of Crispdom, but Prawn Cocktail is a misfit crisp.

That's part of the reason we love them. It's the same reason why Nickleback fans love Nickleback, why Millwall fans love Millwall: Prawn Cocktail is ours, and we don't care if you hate it.

That, and it's fucking delicious.

genuinely not kiddin this vote is more important than a general election n if they get rid a prawn cocktail al fuckin riot pic.twitter.com/q56mBKi1H3 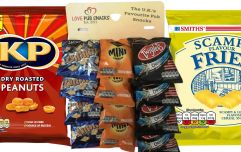 The definitive ranking of every British pub snack

END_OF_DOCUMENT_TOKEN_TO_BE_REPLACED

All my Prawn Cocktail people, we can't let Walkers risk our beloved crisp. Paprika crisps are good, but they're good in the same way that Foo Fighters are good: on a level that basically anyone can appreciate and understand. Prawn Cocktail crisps are more like Prince: well-loved and unquestionably mainstream, but just a little too 'out there' to be universally palatable.

If Paprika wins and Prawn Cocktail disappears from the supermarket shelves, it will be a travesty. A day of national mourning will be called. As Joni Mitchell said in her hit song Big Yellow Taxi, "Don't get rid of Prawn Cocktail crisps, you mugs."

popular
Graham Norton accidentally posts Garfield and Maguire in No Way Home poster in now-deleted Tweet
Best man horrified after catching friend’s wife cheating with bartender
'I pooed myself on my date's floor - he kicked it thinking it was mud'
Senegal boss calls out Jurgen Klopp over AFCON comments
Here's how to see who's been taking screenshots of your Instagram Stories
A definitive ranking of every swear word from worst to best
Cat suffers from rare condition that makes them gain insane muscle mass
You may also like
Life
Woman jailed for 'criminal damage' to tube of Pringles
Food
Iceland are selling Luxury Christmas Tree flavour crisps because you can never go too far
Food
QUIZ: We show you a packet of crisps, you have to name the flavour
Food
Walkers launches new crisps designed specifically for drinking with beer
Food
Can you name the crisp flavour just by the colour of the packet?
Next Page