This could escalate. This could really get out of hand fast

Is this the end of the days? Is this how it all comes crashing to a halt, civilization itself, because people starting eating this cheese, this cheese hotter than the sun, and afterwards just spontaneously combust? 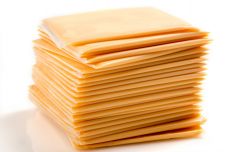 END_OF_DOCUMENT_TOKEN_TO_BE_REPLACED

This is it, isn't it. Because if there's two things we, as humans, can't resist, it's cheese and a challenge we know we have no chance of completing. This is how the world ends.

Morrisons know what they are doing here. They know we are going to buy it, either to impress our mates or because it looks dangerous, or simply because we get to the cheese counter, have no actual clue about cheese other than avoid anything blue, and panic.

It's ominously called the "Reaper Chilli Cheddar" and comes with a warning from, I don't know what they're called, the cheese givers behind the counter, before the let you stroll home with a block of incendiary cheese and attempt to eat it all in one go with a single cream cracker.

According to the Guinness World Records, the Carolina Reaper is the world’s hottest chilli with an average heat level of 1,569,300 Scoville Heat Units (SHU), whilst a Jalapeño chilli registers only 5,000 SHU on average.

That's some serious heat. That's even more heat than the film Heat, which I guess isn't really about heat as a temperature at all, but more the metaphysical 'heat of the moment'. Anyway. Ridiculously hot cheese is here.

The Reaper Chilli Cheddar costs £1.50 for a 120g serving which is probably enough to make steam come out of your ears like an early episode of Tom & Jerry. 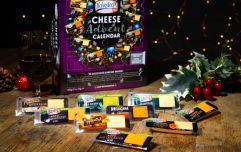 END_OF_DOCUMENT_TOKEN_TO_BE_REPLACED

Daniel Barrett, Deli Cheese Buyer at Morrisons, said: “Some customers have told us that they’d love us to sell more really hot foods. So they’ve increasingly been buying cheddars with chilli in and this is the hottest we’ve ever served. It is perfect on top of a BBQ burger but it’s definitely not for the faint-hearted."

Be careful out there, cheese lovers. Consume responsibly. Or not, but at least film yourself crying molten lava tears afterwards and stick it on YouTube for us.

popular
Bookmaker received $420,000 worth of bets on controversial Arsenal yellow card
New Highway Code rule will fine drivers £1,000 for opening door with wrong hand
Motorcyclist dies in crash live on TV while trying to escape police
Woman who saved enough to retire by 26 reveals three golden rules she stuck to
Dermot O’Leary stunned by definition of ‘grassilingus’ sex term
Southampton could remove statue of club 'legend' over evidence he ignored paedophile coach
Fitness expert reveals army technique to fall asleep in two minutes
You may also like
News
Kim Jong-un 'lost so much weight as Covid stops him importing cheese'
Sex
Book claims you may ‘fascinate a woman by giving her a piece of cheese'
Food
The definitive ranking of cheese from worst to best
News
All-you-can-eat cheese festivals are now a thing in the UK
Food
A cheese advent calendar is hitting UK supermarkets in time for Christmas 2018
Next Page