Start eating these now before the food hipsters take all the credit.

If you’re anything like us, you’re already looking forward to the idea of gorging on turkey and ham, mince pies and plenty of sweet things in the not-so-distant future, but there’s also the possibility that you’ll guiltily feel the need to review your dietary habits in early 2018. 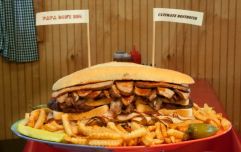 11 Man v. Food challenges you and your mates need to take on

END_OF_DOCUMENT_TOKEN_TO_BE_REPLACED

Each year, Waitrose identifies food trends for the forthcoming 12 months in their annual food and drink report and according to the five outlined in the 2017-18 edition, Asian food is going to be a big hit and our supermarket habits are about to change significantly.

Instead of heavy sauces, Waitrose is predicting an increased demand for smoked, grilled or seared delicacies, such as scallops in pickled ginger, and hybrids, such as spiced burgers; “Indian food like you’ve never seen it before.”

Light Japanese food has had its day in the sun, it’s now time for the more indulgent offerings, including sharing dishes such as yakitori skewered chicken or deep-fried tofu in broth. 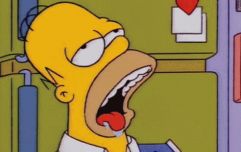 Few people could afford it, but the world’s most expensive burger looks delicious

END_OF_DOCUMENT_TOKEN_TO_BE_REPLACED

Waitrose points to growing evidence that people are increasingly taking to having a fourth, smaller meal in their daily routine outside of the traditional staples of breakfast, lunch and dinner. Appetite or gluttony has little to do with it, it’s more about eating to fit busy schedules.

The day of the supersize trolley is coming to an end; from its own experience, Waitrose says shoppers are now favouring smaller trolleys for daily shops rather than big, spacious trolleys that can fit enough produce to feed a family for a week.

Protein remains popular and Waitrose is expecting a demand for pulses, shoots, grains, seeds, soy or even algae in 2018.

Agree with what they’ve predicted for next year? Your answer to that question may well be dictated by the list of foods they reckon have been big in 2017, which you can see below.

You can read the Waitrose food and drink 2017-18 report in full here.

popular
How did Brian Laundrie’s parents find his remains in a few hours?
Taliban 'behead junior volleyball player and post photos of her head on social media', report says
St James' Park to get new name under Newcastle new owners
Real life Squid Game coming to UK and you have to sign a 'medical disclosure' to play
The JOE Friday Pub Quiz: Week 266
Alec Baldwin asked 'why was I handed a loaded gun?' after fatal on-set shooting
Alec Baldwin: Brandon Lee's family speaks out after gun misfire kills Halyna Hutchins
You may also like
Life
Try not to panic, but the world could have a serious wine crisis on its hands
News
Investigation finds tourists in Bali are being sold dog meat and being told it's chicken
Life
This guy’s desperate plea for chicken nuggets is on course to be the most retweeted tweet ever
Food
There's a Buckfast Easter Egg and it's certain to be incredibly popular
Life
Research shows that avocados can potentially increase risk of heart disease
Next Page