We love a good buffet. 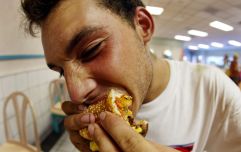 END_OF_DOCUMENT_TOKEN_TO_BE_REPLACED

The idea that there is no real reason or rhyme behind the courses is something that makes the chaotic part of our brain very happy.

Curry and chips for your starter? Why not.

Seventeen thousand spring rolls for the main? Do it.

Some kind of pasta dish with another pasta dish as the side for main number two? Go for it, live your life.

Running to the dessert trays as much as you can before you stomach sends the signals to your brain that if you have one more thing to eat that you'll actually split in two? We've been there.

It is yet another time that we've totally understood Homer's mentality... You've been repulsed by 'Milk Coke', but now it's time for far worse

END_OF_DOCUMENT_TOKEN_TO_BE_REPLACED

So when ABC News reported that a buffet restaurant closed down after two weeks because the customers were eating too much food, it really doesn't surprise us in the slightest.

In the Chinese city of Chengdu, customers of the Jiamener restaurant could purchase a membership card for $25 (£19), which entitled them to unlimited food.

However, what the restaurant had failed to do - and admitted was a bit of an oversight on their behalf - was stop the customers from sharing those membership cards with their friends and family.

This lead to huge queues forming outside the restaurant before it even opened, and remaining in place throughout the day, as they were forced to deal with over 500 customers every business day. 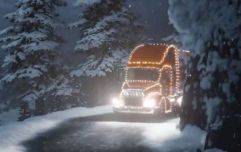 END_OF_DOCUMENT_TOKEN_TO_BE_REPLACED

Speaking to a local news outlet, restaurant co-owner Su Jie said "The uncivilised behaviour of the diners was secondary - the main problem was our poor management."

At least they owned up to their own mistake, which leads us nicely to that time Marge forgot to put the words 'One Per Customer' on her pretzel vouchers...