A TikToker has gone viral after confessing to only showering once every ten days.

END_OF_DOCUMENT_TOKEN_TO_BE_REPLACED

While many would agreeing that cleansing ones body should happen once or twice a day at minimum, every ten days is not at all considered the norm. But for, Aydan Jane, 23, her routine doesn't even change when she's on her period.

The social media star, who calls herself ''the girl who doesn’t shower & shows her period online'', has rattled people so much that thousands began to giver her unsolicited advice.

In the video, which has been watched nearly 3million times, she said: ''i am living proof that you don't have to bathe often to look and feel good.''

Aydan only showers every 10 days and insists she doesn't smell unpleasantly Credit: tiktok/@aydan_jane 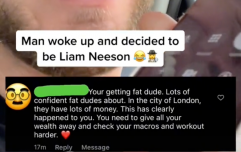 END_OF_DOCUMENT_TOKEN_TO_BE_REPLACED

While adding that she's the one to bather the most in her household, she said: ''But I've never done that."

According to her, the lack of showering also doesn't cause any unpleasant, lingering smells in her armpits, and the only difference between the showered Aydan and the ''dirty'' Aydan is her hair.
''My hair would be even curlier than this.''

She doesn't change her routine on her period and uses it as an opportunity teach about period stigma Credit: tiktok/@aydan_jane 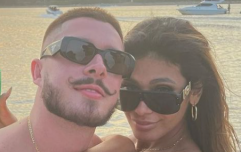 Woman hospitalised after refusing to fart in front of boyfriend

END_OF_DOCUMENT_TOKEN_TO_BE_REPLACED

Explaining why she's made the decision to cut down on her showering routine, the 23-year-old said: ''I would argue it's better for the environment if we shower less because water's precious resource.

''And I feel like a lot of American shower a little too often. Like, unless you're doing a manual labour job and getting really sweaty or covered in grease, you probably don't need to be showering daily.''

However, this changed when her followers found themselves shocked to see her film the start of an apparent shower. While she could have been joking, Aydan said she decided to begin a cleaning routine after a user told her that her lifestyle is the reason she is single.

After a user said "girl if you don't get in that tub", Aydan replied: "Well folks i decided you were right. it probably is disgusting not to shower for 10 days, and i probably won't be able to get a boyfriend again without showering, so i did. thank you for keeping me from dying alone"

The non-showering lady has also been very vocal about having a period and sharing clips of her menstrual blood online in an attempt to de-stigmatise periods.

''We need to de-stigmatise periods. Periods are highly stigmatised and that leads to the invisibility of period poverty.

''One in four girls and menstruators ages 13 to 19 in the United States don't have access to menstrual products when they need them.''

After having been met with criticism by those who were shocked she didn't shower on the days she was bleeding, Aydan said: ''Your period does not make you dirty. Periods are not dirty.

''Also important to note that the vagina is self-cleaning, so you don't have to clean it - cause it cleans itself.''

popular
Mum dies in sleep in front of children and husband on flight back to UK
The Game reignites Eminem feud by commenting on Hailie's social media pictures
Furious Reading and Leeds ticketholders demand refunds as band replaces Rage Against The Machine
Robin Williams' wife shares reason why he killed himself
Ex-porn star Lisa Ann tells virgin, 46, with micro penis that 'size doesn't matter'
People are tearing into the current biggest Netflix movie in the world for one really big reason
The JOE Friday Pub Quiz: Week 307
You may also like
Life
Woman claims God gave her an STI and calls it a 'blessing'
Life
Man prompts furious reaction after proposing to his girlfriend... in McDonald's
Entertainment
Some Stranger Things fans are now trying to cancel Metallica
News
Man shows aftermath of crazy waterslide jump which went viral
Life
TikTok investigating Andrew Tate after users demand he’s removed from platform
Next Page