Long before Arnold Schwarzenegger came around, early bodybuilders such as Reg Park were writing all the exercise textbooks

The fitness world is a fast-paced industry. Everywhere you look, there are new styles of training and fad diets popping up. However, early bodybuilding workout plans still hold immense value.

For instance, Reg Park's 5 x 5 routine will still build a significant amount of muscle size and strength when you practise it now.

Park was the first Englishman to win the Mr Universe title and later went on to become an actor, starring in five Italian Hercules films in the early 1960s. He's also a published author.

Park with his dancer wife Mareon in the background, c. 1955 (Photo by Coope/BIPs/Hulton Archive/Getty Images)

Nowadays, bodybuilding is seen as a discipline distinct from strength training and powerlifting. It's viewed with some suspicion due to the fact competitors are ranked purely on looks and not according to what they can do, fitness-wise.


But it wasn't always like that. Early bodybuilding athletes actually trained very similarly to powerlifters.

END_OF_DOCUMENT_TOKEN_TO_BE_REPLACED

In the case of Reg Park, his 5 x 5 workout routine revolved around a selection of compound exercises, and kept reps low. This is in stark contrast to many modern bodybuilding workouts which, despite getting the job done, involve a lot of isolation exercises and high reps.

As documented in his 1960 book Strength & Bulk Training for Weight Lifters & Body Builders, Park's bodybuilding training plan is split into three phases.
Each phase runs for three months, and has you in the gym on three days per week. Not a huge chunk out of your time - plenty of occasions to get back to Netflix if you wish.

Only in phase three did Park advocate bringing in stereotypical 'bodybuilding' isolation exercises such as bicep curls.

Park believed that you should rest for two or three minutes in between each exercise. 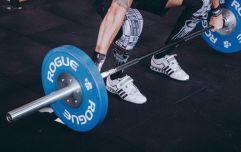 END_OF_DOCUMENT_TOKEN_TO_BE_REPLACED

Park's teachings were so influential that Arnold of all people was hugely inspired. The Austrian once said, "Other than my parents, there may be no single person who had more to do with me becoming the person I am today other than Reg."

But Park's 5 x 5 plan travelled further than the boundaries of bodybuilding.

In the 1970s and '80s, strength and conditioning was growing as a discipline - particularly in sports such as American football and baseball. Bill Starr, a former competitive powerlifter, helped push the 5 x 5 programme into the sporting arena, where its lessons are still being learned from today.

In the online world, some of the most renowned internet training plans are also derived from the original 5 x 5. Stronglifts 5 x 5, Madcow 5 x 5 and a whole host of influential YouTube personalities have all released their own take on Park's original plan.