When you hit rock bottom, the only way is up.

Steven Anderson was at a very low ebb after he lost his job as a care worker. It ended in a downward spiral of drinking heavily and living off takeaways which made him pile on weight.

The 24-year-old truly hit rock bottom when the strain in part saw him split up from his long-term girlfriend.

But after losing his job and the love of his life, the Tynesider decided enough was enough and he joined the gym and started getting his life back on track.

Now he has lost 5 stone, dropped eight inches off his waist and he's absolutely ripped.

Steve explained: “I was always fit and active up to the age of 22. I played for two junior golf teams, I swam and cycled regularly and I also weight trained four times a week.


"Two years ago after I lost my job I became really down and just stopped all exercise. I was drinking near enough every night and I started living off takeaways. 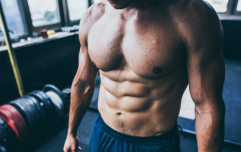 Your seven-step guide to a complete body transformation

END_OF_DOCUMENT_TOKEN_TO_BE_REPLACED

"I didn't feel myself and I wasn't happy; I went from being really outgoing and confident to someone that had basically just given up.

"I moved back to my Mum’s and joined the local Xercise4Less gym straight away, I just wanted to feel like the old me again. I hated the way I looked and it wasn't who I was – I felt trapped in a body that was no longer mine.”

That's when his incredible transformation kicked into gear and he went from doing no exercise at all to six gym sessions a week:

"While training I always stick to 8-12 reps with compound exercises such as bench press, pull downs and squats," he said.

"Then for isolation exercises such as flyes, lateral raises and bicep curls I try and go for 12-16 to get a good pump and burn."


An example of his chest workout: 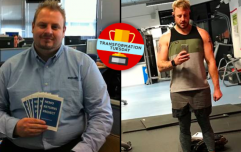 Man loses seven stone and an entire foot from waistline

END_OF_DOCUMENT_TOKEN_TO_BE_REPLACED

Cardio was a big part of his programme to help him get cut. This is because it helps create a calorie deficit, meaning you're using up more calories than you're taking in and kick-starting the fat burning process.

He explained, "I would do 30-45 mins cardio after every training session keeping a steady pace, with some sprints whenever I felt like I wasn't working hard enough to keep my heart rate up.

I would usually use the treadmill on an incline or the cross trainer. I have reduced my cardio at the moment to try and add more muscle mass so the cardio I do now is only about 2-3 times a week of 30 minutes."

Steve had to make big changes to his diet, which helped underpin his transformation and created the right conditions to build muscle, burn fat and let his body recover from his punishing workouts.

"With my diet, when I first started I basically cut out all carbs and ate tuna and chicken salad, but found that once I was dropping weight and training harder that this was affecting me dramatically. I had no energy and my strength gains had come to a halt.

"I knew to improve this and add more muscle mass I had to reintroduce carbs but do it wisely to keep me from also gaining fat."


This would be a usual days food intake for Steve... 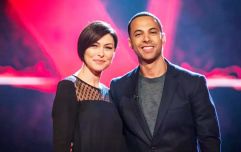 END_OF_DOCUMENT_TOKEN_TO_BE_REPLACED

"I mix up the chicken and rice with other meats and carbs," he said. "Usually tuna, turkey, lean beef mince and change between rice and pasta.

"I use a low sugar sauce to add some flavour and to stop me from going insane eating the same flavoured food every day.

"I try and drink as much as 6-8 litres of water a day not including the water I consume while training. On my cheat meal day of the week I eat as much as I want to stop any craving through the week and it keeps me motivated knowing that I get to have a rest and enjoy some nice food after a week of working hard."

Steve's programme has helped him change his whole physique with his training and diet progamme.

“I’m really enjoying being in shape again and my goal now is to start working in the fitness industry and hopefully become a personal trainer."

Oh, and he's hooked up with a new girlfriend now too.