How Anthony Joshua's training turned him into a beast

Anthony Joshua is one of those rare talents that comes along once in a generation.

Joshua is the perfect blend of natural boxing ability and pure athleticism, not unlike the late, great Muhammed Ali,

Not only is the 26-year-old a gifted boxer, but he is a tremendous athlete - two qualities inherent in every great champion.

But it's the Olympian's hardcore training and dedication that has enabled him to really maximise his genetic potential, and forge himself into the ultimate physical specimen.

Similar to footballer Cristiano Ronaldo, Joshua has set himself apart from the rest by making himself the strongest, fastest and fittest boxer he can be.

JOE wanted to look at Joshua's training to see how he became such a beast.

Tyson Fury might have called Joshua a "bodybuilder", but very little, if any, of his training is geared towards aesthetics (his aesthetic look is just a bi-product of his incredible diet, lifestyle, and training).

You won't see Joshua going for one-rep max lifts or training isolated muscles like biceps. They are useless for a boxer who relies on speed, power, and explosiveness.

Joshua himself says much of his work relies on bodyweight resistance training. But regardless of what he is working on, every aspect of his strength and conditioning work is geared to translate into the ring.

Whether it's squats to give him a stronger base or plyometric jumps to give him explosive power, his gym work is solely designed to make him a better athlete and a stronger fighter.

Even on this leg press Joshua is using a light weight and focuses on a slow eccentric (downward) movement to put his quad muscles under tension for the maximum amount of time, before exploding back up.

If you do see him hitting the weights it's normally on compound movements that will target multiple muscles like these trap bar deadlifts.

Research shows that this is more effective at generating maximum power than a regular deadlift bar. You can lift more weight, faster...

Joshua also employs movements which hit multiple muscle groups like these barbell thrusters. Not only are they incredibly metabolically demanding, but they will hit his quads, glutes, core, back, and shoulders in one gruelling move.

Joshua spoke about the importance of training his legs, core, and glutes in a short film about the training camp running up to his world title fight against Charles Martin which he won in two rounds.

One underrated movement for improving glute strength is the hip bridge. It might look like he's making sweet love to a barbell, but this move will hone the glutes, which essentially are hip extensor muscles that are key to punching power.

It's not just Rocky who trains down the beach. Anthony Joshua is also a fan of working out on sand.

We see multiple training videos of the British and Commonwealth champion doing shadow boxing or sprint drills in the sandpit.

But it's not because he likes to feel like he's on holiday, it serves a very specific purpose in his training.

It's a method Brazilian footballers have used for years - training on sand makes you have to work harder. You know yourself how tough it is when you're having a kickabout on holiday.

The surface is softer and more unstable. Naturally your leg muscles will have a greater workload and so become better conditioned.


You can Joshua in action and how this would transfer into the ring. If you can do it on sand, you'll breeze it on canvas.

Strong, stable, and powerful legs are critical because fighters have to constantly move, strike, and evade every second of a 12-round fight.

This requires incredible strength and stamina in the legs, and hence why so much of Joshua's training revolves around giving himself the strongest base he can.

You can overload a single leg more easily, and unilateral (single leg) movements, like the Bulgarian split squat, will help boost strength and balance, and improve stabilising muscles.

While this technique has been used in strength protocols for decades, Joshua always looks to develop these techniques with boxing-specific outcomes in mind.

Take these lateral single leg jumps at the end of this video, for example; you can clearly see the benefits to core stability, balance, and unilateral strength.

It's not just bodyweight exercises that you can see this training protocol in either. You notice Joshua building single-leg strength with these Bulgarian split squats.

But he has modified this old school strength move by adding a jump to the end of it.

Basically this is a great way to improve the explosive power of the hip extension, making him a more explosive fighter.

So much of what Joshua does in the ring relies on his ability to generate as much force as possible in a split second.


It's what has helped him knock out every single one of the 15 fighters he has faced since turning professional. 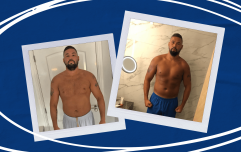 END_OF_DOCUMENT_TOKEN_TO_BE_REPLACED

Just like the unilateral Bulgarian split squat jumps before, Joshua is constantly looking for ways to become a more explosive and therefore more powerful fighter.

One key way to improve this is ballistics training and it's something that the Watford fighter does incredible well.

It doesn't take a rocket scientist to work out how these single arm medicine ball throws will increase his punching power.

Every training camp I up the ante! What's next? #TBT #StayHungry 😏

Not only does it use the same movement pattern as a punch, but the weight of the ball works the core muscles through the rotation, while the actual throw is all about generating maximum power.

Another method of working on maximal power output with a sports-specific movement is with these heavy kettlebell throws.

It's another brilliant move that mimics the transfer of power through the body on a punch. It's no wonder he flattens every fighter in his path.


Joshua is a tall, rangy fighter with a long reach. The 6ft 6in heavyweight knows this means he has to have a strong trunk and iron-clad core muscles to keep him solid through every punch.

So training his midsection is at the core (pardon the pun) of everything he does.

With any boxer like Joshua, the key to generating power in those punches lies in the rotation of the hips, transferring kinetic energy from the foot, knee, and hips, through his core and shoulders, and finally to those thunderous fists.

This is why Joshua drills these core-strengthening rotational movements to death.

Don't mistake hype for reality and hope for achievement, keep on building #AJBoxing 💯

You cannot have a powerful punch without strong core muscles, so Joshua evidently tries to hit every single angle to make himself as strong as possible.

And yes that's the 17st fighter doing the 'human flag' like it's nothing...

Enough hanging around.. It's time to hit the gym 💪 #A

Joshua is always looking to find ways to get fitter, stronger and to progress. Train the same way every day and your body will soon figure it out and adapt.

But the Olympic gold medallist is constantly pushing his body with new and innovative techniques to keep his body adapting and changing.


One way he achieves that is by using resistance bands. These giant elastic bands are brilliant for adding progressive resistance to a movement.

They also don't require gravity like a dumbbell, which means athletes like Joshua can implement them in more functional and sport-specific ways.

They provide continuous tension throughout the full range of movement - and the more it is stretched the more resistance it gives.

So here the band changes the stress on the muscle in these single-arm landmine presses...

Shoulders are still on 🔥🔥 after this morning's session with @jamie_velocity! #AJBoxing

He is adding resistance to his punches here with these boxing drills...

And just in case those one-legged, jumping barbell split squats weren't quite hardcore enough, Joshua stuck some bands on there too...

One of the things that makes Joshua such an incredible fighter is his fitness. We've not really seen how deep his energy reserves are, as his fists have ensured that only one of his 15 wins went past the third round.

But we know that Joshua trains his cardio like a machine. Just like every other facet of his training regime, it's geared towards optimal performance in the ring. But there's no cardio that's more sport-specific to boxing than sparring.


Joshua will regularly do 12 hard rounds of sparring, with a fresh fighter thrown in every four rounds to keep the pressure on and keep him working.

Anything that replicates the conditions of the three-minute rounds he faces in the ring will benefit his cardiovascular fitness.

But sparring certainly isn't the only stimulus Joshua employs to improve his aerobic capacity. Like many boxers, he's out running at 6am getting his road work in to build his cardio levels closer to the fight.

He also uses implements like battle ropes to improve his conditioning. Again, the constant lateral movement and pumping the heavy ropes at high intensity mimics conditions in the ring where he is throwing quick fire punch combos. It's a great exercise for upper body endurance that boxers like Joshua need during a fight.