Student who 'struggled to bench 15kg' bulks up into aspiring bodybuilder

21-year-old Fridaos Abdulrauf used to shy away from hitting the gym while at college. He says his friends used to laugh at him as he struggled to bench press 15 kilograms.

After finding inspiration in the success stories of others, Abdulrauf stuck at it. He joined a local gym and never looked back, completing a hugely successful physique transformation. The Leeds University student now hopes to compete on the bodybuilding stage.

Abdulrauf is currently a full-time student at the University of Leeds, studying Biotechnology with Enterprise.

Although Abdulrauf says he was 'always a sporty individual' when growing up, he initially disliked the idea of going to the gym.

He says: 'I had a mate who went to the gym consistently and I just used to laugh to myself and think what is he doing!'

It wasn't long into Abdulrauf's own gym journey that he found himself the butt of his friends' jokes.

'I went to the gym once with these huge mates of mine and struggled with 7.5kg on either side of the bench press. They laughed at me after helping me up.' 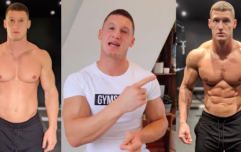 END_OF_DOCUMENT_TOKEN_TO_BE_REPLACED

Struggling to bench press this weight convinced Abdulrauf to start taking the gym a bit more seriously, but it wasn't the decisive factor. The Manchester man says he found himself frustrated by a lack of respect he'd receive when compared to others.

He explained: 'A few of my close mates had gained some serious size from the gym and it almost seemed like great size meant great respect.

'People would refer to me as their mate rather than using my actual name - a bit disrespectful to be honest.'

Abdulrauf channeled this disrespect into fitness motivation. He believed enough was enough, and therefore purchased his first ever gym membership after leaving college.

Reminiscing on the very beginning of his gym journey, the 21-year-old said: 'I had no idea what I was doing and just copied others.

'I must have been doing it right or copying right though because compliments started flying my way.'

This helped build confidence and student Abdulrauf found himself attending the gym more frequently. Combined with a developing interest in fitness, he started to self-educate and changed his diet and exercise regime to suit.

'I started training quite a bit with the friend of mine I used to think had no life! I just progressed.' 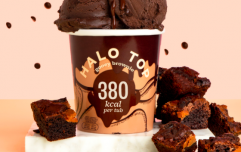 END_OF_DOCUMENT_TOKEN_TO_BE_REPLACED

Abdulrauf believes the secret to getting in your best possible shape is 'all about balance'.

He said: 'Training has made me develop better discipline and organisation. It's always good to have a routine you keep to and tweak as you go on. It helps you stay on track and attain your goals.'

Since setting foot in the gym for the first time, the Leeds University student has achieved an impressive transformation, now training at his local gym Xercise4Less.

He now trains four-to-six times a week and is also an ambassador for his local Xercise4Less.

Finding a balance has been particularly important to the issue of dieting. Abdulrauf alternates between sweet potato and brown rice for his carb count each week, and maintains one cheat day per week to satisfy those cravings. 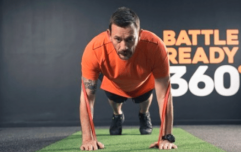 END_OF_DOCUMENT_TOKEN_TO_BE_REPLACED

His next goal is in competing at a student bodybuilding competition next year.

'My main goal at the moment is to bulk up whilst limiting fat gain. That means I’m currently consuming 3,500 to 4,000 calories a day. Whilst cutting I’ll drop that down to 2000 calories.'