One man who doesn't seem to have that problem is Oscar-winning actor Jared Leto.

The man, who set to play The Joker in upcoming film Suicide Squad, has rarely been out of shape for the past two decades.

In fact it's safe to say he's never really lost his abs in more than 20 years since his film debut in the mid 90s - with the exception of putting on 70lbs eating bucket loads of ice cream, olive oil and soy sauce to play John Lennon's killer Mark David Chapman in the film Chapter 27. But the less said about that film the better eh?

He famously dropped down to a painful 116lbs to play a transsexual woman battling AIDS in the film Dallas Buyers Club by fasting for a whole month. The role earned him a Best Supporting Actor gong at the Oscars.

His physique has certainly bounced back from the drastic weight cut and he has featured on the front of this month's Rolling Stone magazine.

Leto is 44 but doesn't look anything like the forty-somethings you'll see down the pub and he's still in the same shape he was when he was in his twenties.


These pictures of him over his acting career from this Instagram fan account of his band 30 Seconds to Mars testify to his incredible physical continuity over the years. 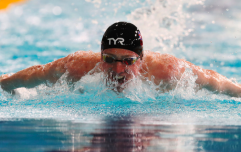 END_OF_DOCUMENT_TOKEN_TO_BE_REPLACED

How does he do it? Leto put it down to two main factors in his interview with Rolling Stone.

“Twenty solid years of eating vegetarian/vegan and taking care of myself,” Leto told the magazine. “It’s probably just down to sleep and diet.”

Yes his diet is constantly on point - but not in a measuring calories or tracking macros kind of way.

Leto is vegan - so he lives off a high carbohydrate, low fat diet and gets all his proteins from plant sources instead of meat and dairy. It keeps him shredded year-round.


The restorative benefits of sleep are widely know. Getting some good shut eye is key for increasing muscle and cell repair, flushing your system with natural growth hormone and regulating metabolism. 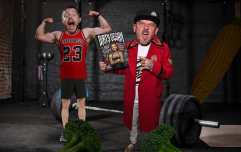 END_OF_DOCUMENT_TOKEN_TO_BE_REPLACED

Sleep is so important to fitness, we took a deep look at it which you can check out here.

Also since the hell-raising, drug-taking days of his youth, Leto has knocked all drink and narcotics on the head, telling Rolling Stone he is essentially 'straight-edge' these days.

It's this mix of a clean, natural, whole-food diet and no inflammation-causing alcohol which keeps his physique sharp and looking young.

"A vegan diet — rich in fruits and vegetables — is full of antioxidants which help protect the body from damage by free radicals."


For exercise Leto mixes it up between yoga, hiking and cycling. 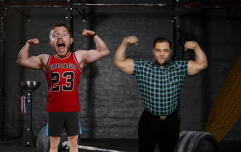 END_OF_DOCUMENT_TOKEN_TO_BE_REPLACED

Yoga is interesting as it's a great builder of core strength but it's also anti-stressing, so it helps reduce the pro-inflammatory hormone cortisol in your body - the kind that makes you pile on belly fat.

He told Billboard Magazine that he has had to bulk up for his role as The Joker on vegan food, adding more overall calories and higher protein to his diet.

"I’m trying to gain a lot of weight, he said. "It means I have to eat every couple of hours—and I’m terrible at eating a lot."

Considering the fanfare around Suicide Squad at the moment, we reckon Jared's bulking will pay off.

You may also like
Sport
The vegan diet that's taking England star Ellis Genge to new levels
Life
Greggs' new vegan steak bake - can the public tell the difference?
Fitness & Health
Eating these foods will help you feel fuller for longer
Fitness & Health
The two types of food you should avoid eating post-workout
Fitness & Health
Lose half a stone in four weeks by fasting every other day
Next Page