A blanket ban on 'legal highs' will come into force this week.

Such drugs contain one or more chemical substances which produce similar effects to illegal drugs. They are legal because they are new strands and therefore don't come under the Misuse of Drugs Act 1971.

Many claim that this actually makes them potentially more dangerous than known substances because there is often not enough research about their potency or suitability for human consumption. 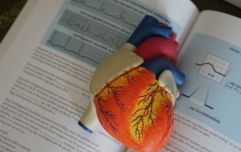 END_OF_DOCUMENT_TOKEN_TO_BE_REPLACED

But the new Psychoactive Substances Act will enforce a blanket ban on the production, distribution, sale and supply of legal highs. Instead of listing substances, the act focuses on their effects.

So any legal high for human consumption that is "capable of producing a psychoactive effect" falls under the act, with exemptions for "legitimate substances" such as alcohol, nicotine, caffeine...and poppers.

The act comes into force on Thursday (May 26). Despite the stated intentions of the ban, not everyone is an advocate. Former government 'drug tzar' Professor David Nutt believes it will be counter-productive:

“It is a completely nonsense piece of legislation. It is purely politics. The only people who will benefit will be the drug dealers. They’ll have a monopoly.”

Harry Shapiro, the chief executive of DrugWise, has also expressed his concerns:

“The problem will almost certainly be that legal highs will just become street drugs. The same people selling heroin and crack will simply add this to their repertoire.”

“Politically, they are low-hanging fruit. The easiest thing for any Government to do is to stop people buying these things from shops next to Mothercare, but don’t imagine that is going to solve the problem.”