He was jailed for 19 months for the attack

END_OF_DOCUMENT_TOKEN_TO_BE_REPLACED

CCTV footage captured the moment a man slammed a 20kg weight into a fellow gymgoer's head, which fractured his skull and left him covered in blood.

The "disturbing motiveless attack" - which was caught on CCTV at a gym in Australia - shows Shane William Ryan carrying a weight through the gym.

The 33-year-old then pretended to trip before lunging towards the victim, who was using free weights on a bench nearby.

After pretending to fall over, Mr Ryan proceeded to slam the weight into the unsuspecting victims' face, which caused the man to collapse on the floor clutching his face in pain. 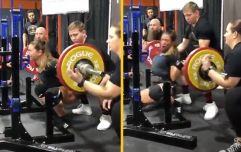 END_OF_DOCUMENT_TOKEN_TO_BE_REPLACED

With the victim on the floor, covered in blood, Mr Ryan pretended to have injured his ankle before limping off in the opposite direction.

According to reports, the unnamed victim - who is thought to be known to Mr Ryan - was left on the floor until an ambulance was called for him.

The NT News reported that the injured victim suffered a fractured skull, a cut to his eyebrow, swelling to his face and "significant and ongoing" psychological impacts.

Darwin man slams 20kg weight on another’s head in a gym by ‘accident’ causing horrific injuries to his skull. 😲

Shane Ryan was jailed for 19 months - he insisted it “was an accident but accepted his actions were deliberate”. 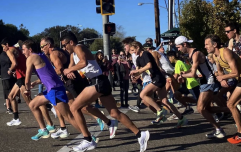 END_OF_DOCUMENT_TOKEN_TO_BE_REPLACED

Mr Ryan was jailed for 19 months following the October 2020 attack, which occurred at the Next Level Gym in the Palmerston suburb of Rosebery, south-east of Darwin.

He must serve at least ten-months behind bars before he's eligible for parole.

The court heard that relations between the two men had been "amicable" and "friendly" and that there was no motive for the unprovoked attack.

According to Justice John Burns, there was no evidence of "significant premeditation or planning".

Initially, Mr Ryan claimed that he "accidentally" injured the man, but later accepted his actions were deliberate. The judge described his actions as "very dangerous".

Addressing Mr Ryan, Justice Burns said: "The victim was vulnerable as he was lying on his back and had weights in his hands, he was unable to protect himself.

"He also had no reason to believe that you would attack him as you did.

"The lack of an obvious motive for you to have engaged in this offence is troubling."