You need a bloody good reason to even contemplate such a gruelling and frankly ludicrous endeavour. But then, raising money for a cause that could save tens of thousands of lives a year is a decent shout. When that is galvanised by the fact that the charity in question literally helped save your own life, it becomes an entirely different proposition altogether. 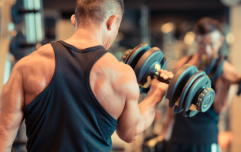 END_OF_DOCUMENT_TOKEN_TO_BE_REPLACED

Full disclosure, Sarah Albutt is my friend. She's one of the coolest, funniest and kindest people you could hope to meet. We used to work together at the University of Manchester, where I was fantastically shit at my job and Sarah was always getting me out of scrapes and saving my halal bacon. She also had an unhealthy obsession with the Charlatans, but we won't go into that right now.

Three years ago, Sarah was diagnosed with breast cancer. She was referred to The Nightingale Centre at Wythenshawe Hospital. As she recounts her experiences of being treated there, it becomes apparent why she is so willing to travel half the world to take part in the walk in aid of Prevent Breast Cancer - the charity that raised £2 million towards the first purpose-built breast cancer prevention centre in Europe.

"My first diagnosis was a blur, but the triple positive breast cancer was fast-growing, and the immediacy of detection and speed to treatment definitely saved my life! A year later, after a complete response to treatment and reclaiming my life, I attended a routine annual check up. It was down to the expertise and skill of the mammographer on duty that the tiniest triple negative breast cancer was found. Nobody, particularly my consultant, was expecting that!

"I still can't remember the name of the mammographer who helped me that day, but I wish I could say thank you. The cancer was in an awkward place, and never showed up in follow-up mammograms. Spending time (again) at the Nightingale Centre, as well as learning of my consultant's many challenges and fundraising, I became aware of the Prevent Breast Cancer charity, and knew I wanted to find a way to say thank you!"

Sarah's way of saying thank you is to raise thousands of pounds for a cause that she knows could be the difference between life and death for a huge number of people. Along with intrepid allies Lisa McClare, Richard Screaton and Dominic Boyd, Sarah is raising funds for research that could potentially change the cancer screening process nationally.

A study led by Gareth Evans, Professor of Medical Genetics and Cancer Epidemiology at the University of Manchester, aims to build upon previous work showing that information from common variations in DNA, called Single Nucleotide Polymorphisms, can be highly predictive of breast cancer, especially when examined alongside mammographic density and other risk factors.

Don't worry if some of that confuses you as much as it does me. The key thing to note is that they've found a personalised way of assessing people, using DNA, that could identify and potentially prevent breast cancer from developing. The latest phase of the research involves an opt-in study at the NHS Breast Cancer Screening Programme in Oldham, providing patients with a ‘risk score’ for developing breast cancer.

As Sarah explains, had such a procedure been in place when she was first referred, it would have made a huge difference to her diagnosis and treatment:

"If this personalised approach had been available for me, I would have found that I had the BRCA 1 gene at the first diagnosis, and that would have saved me from twelve chemotherapy treatments (including all the side-effects), one operation, and losing my hair for the second time. Essentially, I lost another year of my life because of the second diagnosis." 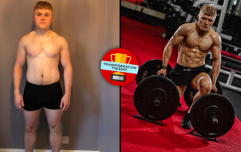 END_OF_DOCUMENT_TOKEN_TO_BE_REPLACED

That's why Sarah, along with Richard, Lisa and Dominic, is travelling 5,000 miles around the globe for this bonkers walk. When I ask why the Great Wall of China, she answers enigmatically, "because it's there!" before adding, "...and it felt right. It's a challenge organised through Prevent Breast Cancer, and it finishes on September 30th - which is my three-year cancer-versary!"

Sarah is always so unfailingly positive, even in the most difficult of circumstances. But chatting to our fellow pal Lisa, who'll be accompanying her work colleague and close friend on the walk, it brings into sharp focus what trauma and tribulations the last three years have involved:

"I remember the day Sarah had told me the first time she had received her diagnosis. We had already arranged to meet up and I had a belated birthday present for her. After my profuse apologies that her birthday present was late she told me that she had breast cancer.

"I can’t really remember my first thoughts other than 'Do not cry, this is much harder for Sarah than it is for you.' We talked about some of her possible treatments and the likelihood she would lose her hair and her nails - crap, I'd bought nail varnish for her birthday present!! We got drunk later that night.

"During the next couple of weeks before Sarah’s treatment started, I witnessed her comfort others and she was the strong one for everyone around her. Her treatment was brutal but she was extremely positive throughout and it was a relief when it was all over. Then she was diagnosed for a second time, and that was a huge kick in the guts.

"Sarah has always been so strong for everyone around her, she has been positive and good humoured. I am in awe of my fabulous, determined, kick-cancer’s-ass friend."

And hence the walk. It's about raising vital funds to help others and being strong rather than hopeless. As someone who finds walking to the next bus stop a bit of a wheezy hassle, I ask Sarah how she's doing these days, and whether she has properly prepared for the arduous walk.

"Thanks for asking - I'm back to my best and looking forward to the challenge! I can't say that I am prepared but I've been running, walking in the Peak District, and even completed the Yorkshire Three Peaks - surely that's enough!"

"We are very lucky that we have the Peak District on our doorstep and have taken as many opportunities as we can, rain or shine, to ramble around and take advantage of the Transpeak guided walks to make sure we don't get lost. We feel confident that we'll be able to complete the challenge after we completed the Yorkshire Three Peaks (24 miles) in August."

The walk commences on 23 September and lasts for five stamina-draining days. It's a mammoth task but if anyone can lead a rabble of adventurous northerners to complete their mission it's my mate Sarah. You can donate here to progress cancer treatment, improve its diagnosis, and ultimately save lives. Do it!