This 78-year-old powerlifting grandma is an inspiration to everyone

Footage has emerged of a 78-year-old powerlifter from the United States hitting a squat almost double her entire bodyweight. Bianca Belair is probably twice as strong as you. No, really

END_OF_DOCUMENT_TOKEN_TO_BE_REPLACED

The septuagenarian is a world champion in her weight class and can squat 350 pounds. What's more, she has only been competing regularly since 2007.

In a video posted to the Powerlifting Legends Instagram account, Nora Langdon can be seen hitting an impeccable squat with 350 pounds (159 kilograms) on her back.

That's pretty good going for most people, not least someone pushing 80 years of age. 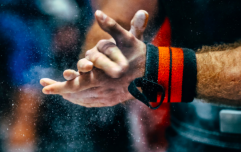 END_OF_DOCUMENT_TOKEN_TO_BE_REPLACED

As the caption indicates, this squat isn't even her best. Her 1RM (one repetition max) in competition is a mind-blowing 413 pounds (187kg), a record set two years ago at the age of 76.

Langdon only began competing in 2007. When most people her age would be reaching for their pipe and slippers, Langdon instead looked for her weightlifting chalk and headed into the gym instead.

She has competed in 22 powerlifting competitions since her first attempt 14 years ago. She has won 20 of those 22 competitions, setting a hugely impressive 19 world records in the process.

According to FitnessVolt, her best lifts are:

The coronavirus pandemic has hampered how many competitions she has been able to enter over the past year or so. However, in her most recent competition, Langdon bench pressed 159.8lb (72.5kg) at the 2020 American Powerlifting Federation (APF) Michigan State Meet.

In 2020, JOE spoke to Ernie Perreault, a 99-year-old fitness fanatic who lives in Boulder, Colorado.

This 98-year-old weightlifter is proof you are never too old to try something new 💪 pic.twitter.com/muEknE6Zx1

Ernie took up lifting at the age of 85 following the death of his wife. He continues to train to this day, though Covid-19 has also restricted how much time he has been able to spend in the gym lately.

popular
Incredible case of the only known individual whose parents were two different species
Man flies 4,000 miles and spends £2,300 to track down thief who stole his AirPods
Jealous man glued wife's vagina shut as he caught her cheating with four men
TikTokers are utterly convinced there is a secret zombie apocalypse going on in China right now
Time traveller’ claims to know exact date Queen will die
Darius Danesh opened up about his health struggles before his tragic death aged 41
Praying man who said 'see you in heaven' tries to open door mid-flight
You may also like
Fitness & Health
Russian man sets new 'underwater bench press' world record
Fitness & Health
Build bigger glutes with this workout from one of the world's strongest women
Fitness & Health
Is this the 'pound-for-pound' world's strongest man?
Fitness & Health
Why training like a powerlifter (not a bodybuilder) builds maximum muscle mass
Fitness & Health
Vegan strongman hits out at claims there are no good vegan weightlifters
Next Page