Last night was the Super Bowl, and between Maroon 5 and SpongeBob Squarepants, there were, of course, the trailers for a lot of big upcoming blockbusters. 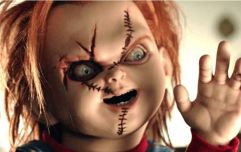 END_OF_DOCUMENT_TOKEN_TO_BE_REPLACED

And 2019 movies don't really come any bigger than Toy Story 4. The third sequel to the film that launched Pixar has gone through plenty of behind-the-scenes trouble but is finally set to hit cinemas in June.

The Super Bowl gave us another trailer, this time focusing on Buzz Lightyear being stuck as a funfair prize. He also gets to interact with Ducky and Bunny, who we've already been introduced to in previous trailers.

Woody has always been confident about his place in the world and that his priority is taking care of his kid, whether that’s Andy or Bonnie. But when Bonnie adds a reluctant new toy called “Forky” to her room, a road trip adventure alongside old and new friends will show Woody how big the world can be for a toy.

Joining the cast are Keegan-Michael Key and Jordan Peele as Ducky and Bunny, Tony Hale as Forky, and Keanu Reeves in an unspecified role.