There is a lesson here

Do you remember that girl who took a cardboard cut-out of Danny DeVito to her high school prom? 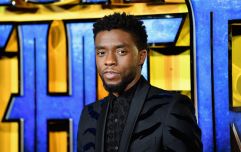 END_OF_DOCUMENT_TOKEN_TO_BE_REPLACED

DeVito got a life-size cut-out of her, and brought it on to the set of the gang’s notorious Irish pub. That is incredible.

Well, it seems DeVito has just been upstaged, by none other than Michael B Jordan.

In April, 17-year-old Audeva Agyeman took a cardboard cut-out of the Creed and Black Panther star to her prom, after not being able to get a date due to “procrastinating and waiting til the last minute”.

After not being able to get a prom date from procrastinating and waiting til the last minute, i spent 3 hours making my sexy prom date. I got on @TheShadeRoomm but now i need to MEET my man @michaelb4jordan @TheEllenShow pls help. RT FOR #GetDeetoMBJ pic.twitter.com/9y7Kt4MwsJ

Michael B. Jordan surprising his fan (@uhdeevuh ) on the set of Creed 2 (2018) pic.twitter.com/xkqnbDgomH 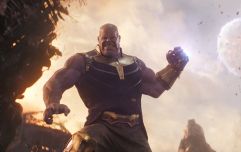 END_OF_DOCUMENT_TOKEN_TO_BE_REPLACED

Agyeman was given the chance to visit the set of Creed II, but thought she’d only be talking about the cardboard cut-out. But then, Jordan himself surprised her.

There is a lesson here. Basically, if you take a cardboard version of a celeb with you to prom, they will see it and get in contact with you. It is basically the law now.