For wrestling fans in the modern era, it is not hard to get a peep behind the curtain. Nearly every wrestler has their own podcast, the WWE Network is filled with behind-the-scenes docs, and media like GLOW or The Wrestler let mainstream audiences understand how the business works.

21 years ago, things were very different.

When Beyond The Mat - which has just been added to Netflix UK - was first released in 1999, it wasn't like the public still believed that wrestling was 'real'. But the concept of 'kayfabe' was still ingrained in the business. When wrestlers appeared on talkshows, they would vehemently stay in character and even attack hosts who had the guts to suggest that their bouts might not quite be on the level.

Beyond The Mat changed all that. Filmmaker and wrestling fan Barry W. Blaustein got access behind-the-scenes at all levels of the industry - from creative meeting with Vince McMahon at the WWF, to the cocky young upstarts at ECW, the stars of yesterday still chugging along, and all the way down to the weekend warriors who wrestler in bars to tiny crowds.

And over two decades on, Beyond The Mat is still arguably the greatest wrestling doc ever made. The rise of cheap digital video has led to a slew of documentaries made by both eager fans and wrestlers themselves. Unfortunately though, like many fan-made projects, they tend to be sloppy, overlong, and self-indulgent.

Beyond The Mat, on the other hand, understands what makes a documentary great: not the fans-only details, but the human stories. 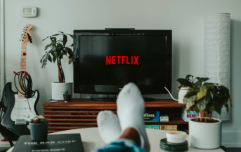 END_OF_DOCUMENT_TOKEN_TO_BE_REPLACED

Blaustein was able to capture some incredible human emotion that resonates with audiences regardless of their prior interest in wrestling: The contrast between affable family man Mick Foley and the violence he is subjected to in the ring. The tragedy of Jake 'The Snake' Roberts trying to rebuild his life and reconnect with his daughter. The plucky chancers of Paul Heyman's ECW running on a wing and a prayer.

And best of all, the endlessly entertaining world of perennial veteran Terry Funk, and the Dennis Stamp, the referee who just wants to be booked.

Beyond The Mat is on Netflix now.