Welcome to the apocalypse, folks

We've all watched the films - mostly starring someone like Gerard Butler - depicting the near-endpoint of climate change and its impact on planet Earth, and often guffawed at the lack of realism. 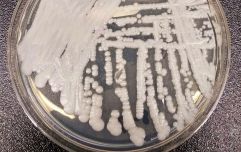 END_OF_DOCUMENT_TOKEN_TO_BE_REPLACED

A world engulfed in flames, oceans on fire, the historically coldest places on Earth fighting wildfires the likes of which their communities have never seen before, and - most implausibly of all - a fire the size of Los Angeles creating its own weather systems.

But this isn't Geostorm. It's happening on our planet right now, yet more evidence of humankind's folly in ignoring decades and decades of warnings from scientists with little motive other than to try and ensure our planet doesn't die with us on it.

As we speak, a wildfire known as the Bootleg Fire is ripping through the American state of Oregon. The wildfire is so large - burning through 1,373 square kilometres of land thus far - that it is now creating its own weather patterns.

“The fire is so large and generating so much energy and extreme heat that it’s changing the weather,” said Marcus Kauffman, a spokesman for Oregon's forestry department.

More than 2,000 firefighters are said to be currently fighting the blaze, the largest active wildfire in the US, since it started on July 6.

It is one of 80 wildfires burning right now across 13 different states, with high temperatures increasing the risk of fire. 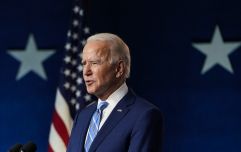 END_OF_DOCUMENT_TOKEN_TO_BE_REPLACED

It's just the latest example that climate change is not a problem for future generations alone, but is one which is - as we speak - leading to what are preventable deaths across the world.

According to a report by Canada's CTV News, British Columbia's coroner’s service reported that 808 people died from heatwave-related causes between June 25 and July 1.

Temperatures in the region reached as high as 49.6C, higher than the hottest recorded temperature in Miami, Florida.