Bulgarian-born wrestling star star Rusev spent the first few years of his WWE career as an evil Russian, but recently he’s adopted a character much closer to his real self. Being sung to the ring by musical-theatre-actor-turned-wrestler Aiden English, celebrating the daily holiday of ‘Rusev Day’, and just embracing his real-life personality has turned him into a real fan favourite. At this year’s Royal Rumble, he got arguably the loudest reaction of the whole night, and big things surely lie in his future. 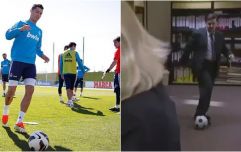 END_OF_DOCUMENT_TOKEN_TO_BE_REPLACED

Away from the ring though, Rusev is a massive Real Madrid fan – here he is visiting the Bernabeu. We got to have a quick chat with him on a conference call, ahead of Real’s Champions League last 16 tie against PSG tonight, and asked him his predictions for the match, and what that hell has happened to his team this year.

Happy Rusev Day! What’s your prediction for the PSG game?

I’m really nervous about this game. I did watch the game on Saturday when they won 5-2, they played well and it was a good little warm up game. [But] PSG are a whole new level. But we have the advantage of being at the Bernabeu, and as long as Benzema doesn’t play, we’ll be fine.

Real are only fourth in La Liga at the moment – what do you think has gone wrong this year?

It’s a mystery to the whole world. I really thought we needed some fresh legs, we were kind of getting stale. Everybody blames Zidane, but Zidane is amazing. He has won so much in so little time, and all of a sudden people turn and point fingers at him. I do think we need a new striker – Benzema needs to go ASAP. He should of gone five years ago, he’s just not doing his job. If you put me in that position I’d do exactly the same as he does – nothing!

But yeah, unfortunately I think this summer, they’re going to let Zidane go. But there’ll be two or three new signings and hopefully a good start to the summer. But it doesn’t mean we can’t win the Champions League [this year]. 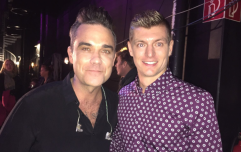 END_OF_DOCUMENT_TOKEN_TO_BE_REPLACED

If you could pick any member of the Real squad to be your tag team partner, who would it be?

I would say the captain, Sergio Ramos. He’s always there when you need him, he scores goals in the 97th minute. He’s the captain, he’s going to carry you through everything. He looks like a tough guy, so I’ll definitely take him.

You wouldn’t pick Zidane? He’s got a powerful headbutt…

Oh, don’t start, we all make mistakes! I’m sure Marco Materazzi said something really bad, and sometimes you’ve got to take it in your own hands!

I know Sheamus and Finn Balor are both football fans as well, but they’re on the Raw brand at the moment – is there anyone you watch football with backstage at Smackdown? 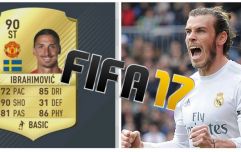 END_OF_DOCUMENT_TOKEN_TO_BE_REPLACED

Usually on a Tuesday or Wednesday I just watch it on an iPad, in a room that’s very quiet so I can watch my game. But yeah, you’re right, if Seamus was there, I always watched it with him. And Wade Barrett, I used to watch it with him – he was a big Preston North End fan, whoever that team is! But other than that, I watch it alone. Every time I watch a Champions League final or something with my wife (WWE women’s division star Lana), she know to leave me alone with my emotions!

You can watch Rusev and all your favourite SmackDown Live Superstars in action at WWE FastLane, live on Sky Sports Box Office and the WWE Network March 11.