Childbirth hurts a lot more than a chair shot

There is a reason why WWE television always carries those "Don't Try This At Home" warnings. Being a wrestler is tough - you've got to take the bumps, the chair shots, and occasionally being run over by Rikishi.

With this in mind, we caught up with a host of WWE superstars ahead of the 2020 Royal Rumble in Texas, and asked them about the most painful thing they've ever experienced.

Some of them said things that happened in a WWE ring. Others had stories of a very different kind.  But they all sound excruciatingly painful.

"My first MMA match against Alexey Ignashov in 2003. He is an almost 7ft tall, Belarusian kickboxer. It was the third round, and I did a shoot tackle maybe like ten times, and then finally he hit my face with a real knee strike. He broke my nose.

"Then two days later, I did the IWGP Championship match against Yoshihiro Takayama. He kicked my face, punched my broken nose. That was the most painful moment in my life! Because of that, I decided I need to use knee strikes!"

"I was doing box jumps in a workout. It was a metal box, and I missed the box, and sliced my shin open. I had 23 stitches in my shin, and a huge scar."

Could you see the bone?

"Yes. It was disgusting and I almost passed out from the pain and the look of it." 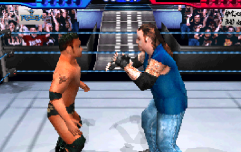 END_OF_DOCUMENT_TOKEN_TO_BE_REPLACED

"Childbirth. Is that what you mean? Because honey, I had a 10lb baby and I’m sitting here and it still hurts. That took its toll, if you know what I mean. A 10lb baby out natural, you call me when a chair shot hurts worse than that, sweetheart. Because it never will."

"Everybody thinks it would be when I hit my teeth, because it was the most visual one, but it didn’t hurt that bad. I was able to eat again the next day. [The most painful thing] was when I hurt my shoulder [in 2015] – I was in a match and my whole arm went numb. I was like ‘Oh no!’. The feeling came back, and I wrestled, but later then I found out I tore my rotator cuff."

"When the movie Zombieland came out – I love that movie but I am terrified of zombies – I went to my friend’s block, and they had built this playground with a flying fox zip line. We were doing this game where you’d go down on the flying fox, and fight zombies with our feet and kick the trees, and then we’d have to run back and put the flying fox away before the zombies eat us.


"Both my friends left to get food, and but I thought, 'I’ll go again!'. So I went by myself, but I was picturing so many zombies chasing me that I got so scared that I jumped and did a Superman-thing up the stairs. But I misjudged and put my feet straight through the stairs. I thought ‘That really hurts,’ but I didn’t think anything was wrong. 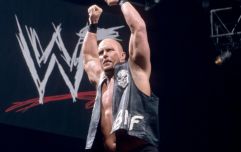 END_OF_DOCUMENT_TOKEN_TO_BE_REPLACED

"I climbed the stairs, put the flying fox away, slide down the slide, and then looked at my leg. I had this massive gash in my leg. And I could see bone, and I could see muscle. I screamed to my friend to get his dad, and he starts crying, and they are all rushing around. I’d legit cut my shin open to the bone on blunt stairs.

"We were in the middle of nowhere, so we had to try and drive to the closest hospital. It was a bumpy ride, I had my leg up and it kept bouncing, it sucked so bad. [At the closest medical place] they were like, ‘We’ve only stitched up one person before.’ And I was like ‘Well, I don’t trust you guys with my leg, so sorry. ’

"So we finally made it to a proper hospital, and the first thing they did was grab this massive needle – and I’m terrified of needles. They grabbed this massive thick needle, and put it straight in the wound, past the bone, and put this numbing stuff in it. [But] it wasn’t numbing at all, it just hurt. It was the worst pain, I think that’s the most painful thing I’ve ever been through."

"There was a time in Pro Wrestling Guerilla. Kevin Owens gave me a Brainbuster off the top rope, but I fell and did a 450 degree flip to the floor, and there was no padding. I landed on my belly and my knees. I smacked my knees just as hard as my sternum.

"I was kind of in shock for a second, and I finished the match, but it was the only time I was ever crawling in the locker room. I was physically shaking because it hurt so bad. Not only did it hurt so bad, but I was terrified. It was like 'I almost died.' It was awful."

"The Styles Clash I took in 2014, when I landed right on my head with AJ Styles right on top of me.

"And getting hit with a steel chair, to the back, it just hurts so bad. My bones hurt."

"I bit through my cheek and my lip in a high school rugby game. The adrenaline meant that it didn’t really hurt in the moment, but the days after, with the stitches and I can’t eat anything, it was more emotional pain."

"Early in my career, I did a 450 splash, and I missed it and I smashed my face and broke my nose. I didn’t feel wonderful. And the result was that I stopped doing the 450."

Adam Cole, interrupting: "And you still have a crooked nose!"

"I broke my foot in the triple threat match with Ricochet and Adam Cole, and didn’t realise it was broken and worked for another two weeks. It got swollen like a balloon, and I realised it was broken in two places. That was around the same period that I’d had a baby, and we did the NXT Wargames show - I was back and forth from the US three times in a row, so that was pretty painful."


"Broken Ribs. It was a dive that went wrong. I remember there was no being comfortable. You can't sit up, you can't stand up, you can't breathe. Everything finds a way to hurt. That's one I don't want to have again any time soon."

"I was in a no disqualification match against Nikki Bella, and it was hr kendo stick  – she was hitting me with handle, rather than the kendo stick for a while. I had some welts for a while. But felt really cool. I thought, 'Oh, I’m badass!'."

How do you mentally prepare for hardcore matches like that?

"You can’t. nothing you can do, unless you go around hitting yourself with random items around your home."