The best TV of the year.

There was a time when television was seen as very much the poor relation to cinema in the popular visual arts. All the best actors, directors, cinematographers and writers flocked to the big screen, whilst telly was seen as the lesser medium. Those days are well and truly behind us, as the small screen now boasts some of the most premium performances and production values available anywhere. In this golden age of TV, here's our top picks for 2019...

Lisa McGee expertly weaves the sit - a group of teenagers living through the Troubles in nineties Derry - with the wonderfully off-kilter com in a second series that is even better than the first. Derry Girls is already a bona fide comedy classic.

9. This Time with Alan Partridge


The curse of Partridge is that every new series is compared unfavourably to previous versions. This Time, thanks largely to Neil and Rob Gibbons' genius input, is so dense with clever lines and ideas that it improves with every viewing. Also Martin Brennan is a masterstroke. 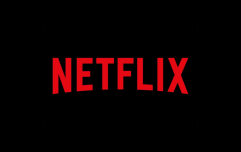 QUIZ: Can you guess the Netflix show from just a single screen shot?

END_OF_DOCUMENT_TOKEN_TO_BE_REPLACED

If you know, you know. For many of its legion of fans around the world, Gomorrah is the best mafia show since the Sopranos. Set in the suburbs of Naples, Italy, this crime drama weaves a compelling saga of anti-heroes, corruption and murder. No one is safe.

In an era when the Muslim community is being maligned, misrepresented and micro-analysed more than ever, Man Like Mobeen is an authentic comedy drama about Muslim life that is criminally overlooked. Guz Khan is the witty, perceptive voice of a generation.

Killing Eve is a perfect example of how the best in modern television is every bit as harrowing, gripping, spine-tingling and viscerally enthralling as anything you'll see at your local multiplex. Jodie Comer is utterly magnetic and scary as fuck.

TEOTFW is perhaps unique in that many of the most ardent fans of season one didn't want another. There was such a perfectly ambiguous ending to the first outing that there was a fear it would be ruined. Thankfully, the second season elevates it to another level.

Few works of television have left the viewer more filled with impotent rage as When They See Us. Dramatising the case of the 'Central Park Five', Ava DuVernay's direction is masterful, whilst Jharrel Jerome's performance in particular is breathtaking.

Cementing his position at the very pinnacle of British film and television, Shane Meadows has produced another gut-punching gem in The Virtues. Meadows' work isn't always the easiest to watch but you will always be humbled and grateful that you did.

Every so often there comes along a show that completely rewrites the rules of what can and can't be done. In Fleabag, Phoebe Waller-Bridge has created something that will be copied, parodied, homaged and celebrated for years to come.

How can a show about the morally bankrupt super-rich possibly be so widely adored in this age of austerity? Why do we find ourselves rooting for arch-bastards who care for nothing but their own personal gain? Succession is sumptuous in its unashamed skullduggery - like Dallas on steroids. The writing is peerless and the stellar cast seem to glow with each devilish barb.