The fire in John Newman continues to burn with Sigala remix

It's getting hot in here.

As "Fire In Me" continues to climb the charts John Newman has recruited Sigala to remix his new single. 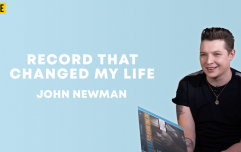 END_OF_DOCUMENT_TOKEN_TO_BE_REPLACED

"Fire In Me" is the first time Sigala has ever remixed a song for another artist.

"John and I are good friends as well as having collaborated in the past," explained Sigala. "So it’s great to work closely on another project with him. We hope [everyone] loves it!"

The original version of "Fire In Me" was co-produced by John and Mark Ralph (Clean Bandit, Jax Jones, Alma) and finds Yorkshire’s finest doing what he does best, belting out a bonafide banger that is guaranteed to light up dancefloors and airwaves for months to come.

Lyrically the song sees John reclaiming the spotlight and reminding his fans that he’s back bigger, stronger and making those classic pop anthems that elevate the form and uplift the soul.