Stranger Things: Spotify will choose which song would save you from Vecna

Stranger Things fans can now use Spotify to find out which song would save them from Vecna.

END_OF_DOCUMENT_TOKEN_TO_BE_REPLACED

Series four, volume one of the hit TV series Stranger Things has had viewers gripped since it was released back in late May. Record-breaking views within the first week of its release saw it become Netflix's third most popular English-language season of all time.

Even those who aren't fans of the eighties-set sci-fi show will have struggled not to talk about it, given that it surged Kate Bush's 1985 track "Running Up That Hill" to number one in the charts, 37 years after it was released.

END_OF_DOCUMENT_TOKEN_TO_BE_REPLACED

The song features multiple times throughout series four but most notably (SPOILER ALERT) when the track saves Max, one of the main female characters played by Sadie Sink from Vecna, the terrifying new villain from the Upside Down world that kills people throughout the series.

The emotional scene in which Bush's track was used saw it become an instant hit once more. "Running Up That Hill" has since broken the record for the biggest gap between a song being released and topping the charts, which was previously held by Wham! with "Last Christmas". 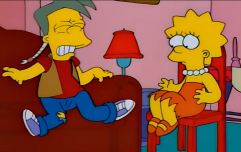 END_OF_DOCUMENT_TOKEN_TO_BE_REPLACED

Sharing a rare statement following her song's recent success, Bush said: "By featuring Running Up That Hill in such a positive light - as a talisman for Max (one of the main female characters) - the song has been brought into the emotional arena of her story. Fear, conflict and the power of love are all around her and her friends."

Now, to get even more excited for series four volume two of Stranger Things, which came out at 8am in the UK on Friday, fans can head to Spotify to find out which song would be their life-saving, Kate Bush-equivalent.

wanna know what songs would save YOU from vecna? head to your Upside Down Playlist on @Spotify to find out
🎧 the first Song on the list = your savior song 🎧

Spotify users can head to their account, where they will find an "Upside Down Playlist" of 50 songs their friends should try to use in the event that Vecna comes for them.

"Discover your personal playlist to help you escape from Vecna and the Upside Down," the Spotify description says.