SpongeBob Squarepants is finally getting an origin story, after 19 years

For nearly two decades, all the background we needed was explained in the lyrics of the theme song. He lives in a pineapple under the sea, and he is absorbent and yellow and porous. END_OF_DOCUMENT_TOKEN_TO_BE_REPLACED

Now it seems we are finally going to get the SpongeBob Squarepants secret origin story we never knew we needed.

President of Paramount Animation Mireille Soria spoke at the VIEW Conference in Turin this week, and revealed that a new film would reveal Spongebob’s background.

“For the first time ever, we’re going to the get to the origin of how little SpongeBob met the rest of the Bikini Bottom gang at summer camp,” Soria announced.

“The film’s opening will take place at Camp Coral when all of our favourite characters meet for the first time.”

Apparently, the movie is going to made with 3D CGI animation, instead of the traditional 2D look of the show. A similar style was used in The SpongeBob Movie: Sponge Out of Water. It will also feature some live-action sequences with the characters in the real world, which also happened in the previous two films. 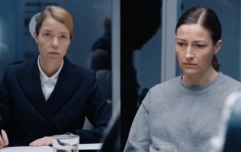 END_OF_DOCUMENT_TOKEN_TO_BE_REPLACED

The Dark Knight and Inception composer Hans Zimmer will write the score, with some yet-to-be-announced big musical names also on the soundtrack.

SpongeBob Squarepants first debuted on Nickelodeon all the way back in May 1999. It has been on our screens ever since, with 239 episodes over eleven seasons. The show has generated over $13 billion in merchandise revenue, and is screened all over the world.

The SpongeBob Movie: It’s a Wonderful Sponge is currently due for release on July 17th, 2020.