Everyone prays in the end 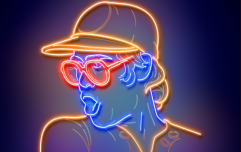 END_OF_DOCUMENT_TOKEN_TO_BE_REPLACED

Taken from his The Thrill of It All album, the song was produced by none other than legendary producer Timbaland. Known for his work with Missy Elliott, Justin Timberlake, Aaliyah, Nelly Furtado, JAY-Z, and many more, it's been a while since a slice of Timbo production has sounded so good.

Shot in a breathtaking manor house in Como, Italy, the video for "Pray" features an array of dancers, performers and stunning costumes, while both Sam Smith and Logic perform separate to one another in different rooms in the gigantic house.

Speaking on the inspiration behind the song, Smith says:

“We are all looking around at what’s happening in the world and it is just messed. You’ve got no choice but to look up to the sky and put your hands together and pray for something to happen, because I feel helpless as a human right now.”

Sam Smith is currently out on a world tour. Starting in Sheffield on March 20th this year, his 92 date tour will see him visit Europe, North and South America, Australia and Asia.